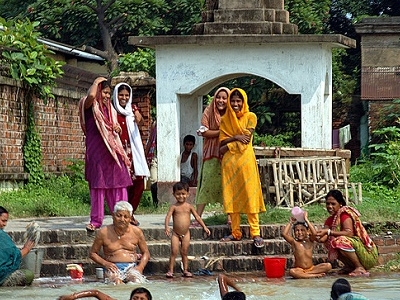 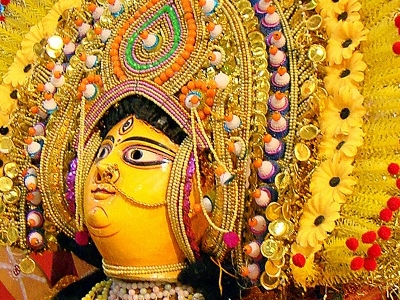 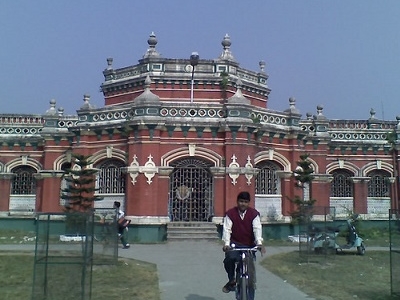 More Photos >
Save me
Been here
Want to go
Show on Map
Here to help 496 tour guides, 1,864 locals and 5 ambassadors

West Bengal is a state in the eastern region of India and is the nation's fourth-most populous. It is also the seventh-most populous sub-national entity in the World, with over 91 million inhabitants. Spread over 34,267 sq mi (88,750 sq mi), it is bordered by the countries of Nepal, Bhutan, and Bangladesh, and the Indian states of Orissa, Jharkhand, Bihar, Sikkim, and Assam. The state capital is Kolkata (formerly Calcutta). West Bengal encompasses two broad natural regions: the Gangetic Plain in the south and the sub-Himalayan and Himalayan area in the north.

Economy:
In 2009–10, the tertiary sector of the economy (service industries) was the largest contributor to the gross domestic product of the state, contributing 57.8% of the state domestic product compared to 24% from primary sector (agriculture, forestry, mining) and 18.2% from secondary sector (industrial and manufacturing). Agriculture is the leading occupation in West Bengal. Rice is the state's principal food crop. Rice, potato, jute, sugarcane and wheat are the top five crops of the state. Tea is produced commercially in northern districts; the region is well known for Darjeeling and other high quality teas. State industries are localised in the Kolkata region, the mineral-rich western highlands, and Haldia port region.

The Durgapur–Asansol colliery belt is home to a number of major steel plants. Manufacturing industries playing an important economic role are engineering products, electronics, electrical equipment, cables, steel, leather, textiles, jewellery, frigates, automobiles, railway coaches, and wagons. The Durgapur centre has established a number of industries in the areas of tea, sugar, chemicals and fertilisers. Natural resources like tea and jute in and nearby parts has made West Bengal a major centre for the jute and tea industries.

Culture:
Music and dance:
The Baul tradition is a unique heritage of Bengali folk music, which has also been influenced by regional music traditions. Other folk music forms include Gombhira and Bhawaiya. Folk music in West Bengal is often accompanied by the ektara, a one-stringed instrument. West Bengal also has a heritage in North Indian classical music. "Rabindrasangeet", songs composed and set into tune by Rabindranath Tagore and "Nazrul geeti" (by Kazi Nazrul Islam) are popular. Also prominent are other musical forms like Dwijendralal, Atulprasad and Rajanikanta's songs, and "adhunik" or modern music from films and other composers.

Festivals:
Durga Puja in October is the most popular festival in the West Bengal.Poila Baishakh (the Bengali New Year), Rathayatra, Dolyatra or Basanta-Utsab, Nobanno, Poush Parbon (festival of Poush), Kali Puja, SaraswatiPuja, LaxmiPuja, Christmas, Eid ul-Fitr, Eid ul-Adha and Muharram are other major festivals. Buddha Purnima, which marks the birth of Gautama Buddha, is one of the most important Hindu/Buddhist festivals while Christmas, called Bôŗodin (Great day) in Bengali is celebrated by the minority Christian population. Poush mela is a popular festival of Shantiniketan, taking place in winter.

West Bengal has been home to several famous religious teachers, including Sri Chaitanya, Sri Ramakrishna, Swami Vivekananda, A. C. Bhaktivedanta Swami Prabhupada and Paramahansa Yogananda. The swami is credited with introducing Hinduism to western society and became a religious symbol of the nation in the eyes of the intellectuals of the west.

Sports:
Cricket and football (soccer) are popular sports in the state. West Bengal, unlike most other states of India, is noted for its passion and patronage of football. Kolkata is one of the major centres for football in India and houses top national clubs such as East Bengal, Mohun Bagan and Mohammedan Sporting Club. Indian sports such as Kho Kho and Kabaddi are also played. Calcutta Polo Club is considered as the oldest polo club of the world, and the Royal Calcutta Golf Club is the oldest of its kind outside Great Britain. Salt Lake Stadium is the world's second largest stadium, and Eden Gardens stadium is the largest cricket stadium in India.

The high-altitude forests of Singalila National Park shelter barking deer, red panda, chinkara, takin, serow, pangolin, minivet and Kalij pheasants. The Sundarbans are noted for a reserve project conserving the endangered Bengal tiger, although the forest hosts many other endangered species, such as the Gangetic dolphin, river terrapin and estuarine crocodile. The mangrove forest also acts as a natural fish nursery, supporting coastal fishes along the Bay of Bengal. Recognizing its special conservation value, Sundarban area has been declared as a Biosphere Reserve.

Here's the our members favorite photos of "States/Regions in India". Upload your photo of West Bengal!

Going to West Bengal? Get answers from our friendly locals