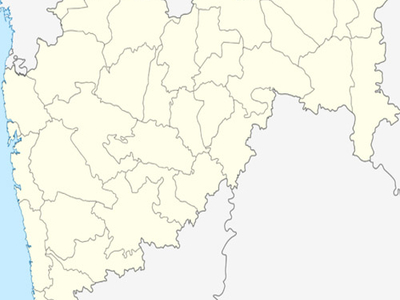 Save me
Been here
Want to go
Show on Map
Here to help 80 tour guides, 439 locals and 1 ambassador

Virar is a city in Maharashtra, India, part of the Mumbai Metropolitan Region. Virar is also a part of Vasai-Virar Municipal Corporation in Thane district in the Indian state of Maharashtra.Virar Railway Station is the northern-most railway station on the Western Line of Mumbai Suburban Railway. Real Estate has been booming in Virar because of its tourism and because of big construction players like Rustomjee, which has already started constructing in Virar. In the coming 2-3 years, Virar is being eyed as a major development city.
Amusement parks:
Yazoo Park, spread over 12-acres was started in 2011. It is located at Global City, near Narangi Phata level crossing about 10 minutes from Virar Railway Station. It boasts of entertainment such as Toy Trains, Giant Wheel, Merry-Go-Round, Free Fall, Game Zone, Bump'em Cars, Floating Restaurant, etc.The Great Escape water park located near the Western Express Highway, off the Vajreshwari-Parol-Bhivandi road is a picnic place with water park rides, picturesque environment and a variety of food facilities and cuisine like Gujarati, Chinese and Continental Food.
Sports:
Virar is the closest and the best place near Mumbai for paragliding training. Being a coastal area the winds at Virar are laminar, predictable and ideal for aviation sports. Early morning and evening winds are suitable for beginners and mid and early afternoon conditions are perfect for advance flyers. Sydney hill, Black Beauty hill, Twin Rock hill, Jivdani hill, Tungareshwar, Kaner hills are a few locations for hill flying. Virar is the only place near Mumbai with so many choices all in a radius of about 6 km. Virar has hundreds of acres of open land where winch based training is conducted by Space Apple. Website is www.paraglidingmumbai.com.
Vasai-Virar Kala Krida Mahotsav is an annual sports event for the sportspersons of Virar and the neighbouring localities. The event has been a great success for the last 17 years, with participation coming from regional schools, colleges and grampanchayats. Other games like Karate and Kho-Kho have created state level players. Every year this event is conducted at the year end precisely from the 26th of Dec. to the new years night at the Chimajiappa Playground and the New English School, Vasai.
Heritage sites:
Arnala Fort is located on a small island off the Arnala port. Since the fort is built on an island and surrounded on all sides by water it is also known as "Jaldurg" or "Janjire Arnala". The Portuguese called the island "Ilha das vacas" which means 'Island of the cows' in Portuguese. Before the Portuguese control of the island, the island was controlled by the Muslim rulers of Gujarat.

The island is near the mouth of Vaitarna river and the Portuguese used it to observe and control shipping and navigation along the western coast. The Portuguese captain of Bassein donated the island to a Portuguese nobleman. The nobleman tore down the old fort and began construction of 700 foot by 700 foot fort. The fort was never completed by the nobleman but remained under Portuguese control.
Vasai Fort (Bassein Fort) is also located nearby. The Portuguese established a fort in Bassein, present day Vasai, on the mainland just north of the Bombay archipelago. The fort was fronted by a harbour. With this as the main base, they built other smaller forts, and strong houses in many of the islands. In the 18th century the fort was attacked by the Marathas under Baji Rao Peshwa, and fell in 1739 after a three year long campaign. The remains of the fort can be reached by bus or taxi from the Vasai railway station. The ramparts overlook Vasai Creek and are almost complete, though overgrown. Several watch-towers still stand, with safe staircases leading up.

Here's the our members favorite photos of "Cities in Mumbai". Upload your photo of Virar!

Going to Virar? Get answers from our friendly locals