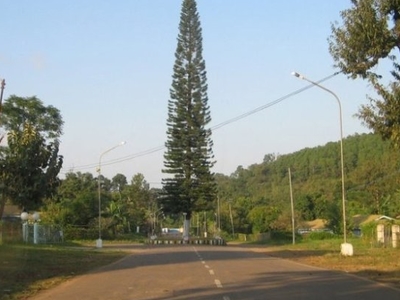 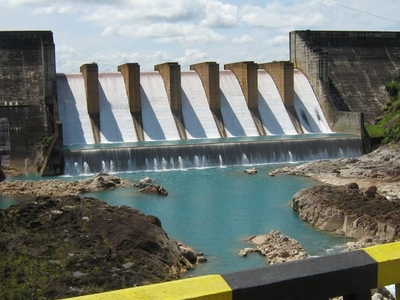 Umrangso/Umrongso is an industrial town and a town area committee in Dima Hasao district in the Indian state of Assam. Umrangso is located at the borders of Assam and Meghalaya, 112 km from Haflong, the district headquarters of Dima Hasao district of Assam. The region is deeply affected by the factional fights involving several armed insurgent organizations among themselves as well as with the Indian Security Forces. Since 2011, the region has experienced relative decrease in violent activities as a result of arrest of several high-ranking insurgent leaders and a cease-fire agreement with the Indian Government.

Khandong and Kopili Power Station:
The first stage of Kopili Hydro Electric Plant has two dam and dyke systems which created two reservoirs, one on the Kopili River and the other on the Umrong stream, a tributary of the Kopili. Water from the Kopili reservoir is used in the Khandong power station through a 2759 metre tunnel to generate 50 MW (2 × 25 MW) of power. The tail water from this powerhouse is led to the Umrong reservoir. The water from Umrong reservoir is taken through a 5473 metre tunnel to the Kopili power station to generate 100 MW (2 × 50 MW) of power. The first stage extension of the plant envisaged setting up two additional 50 MW units at Kopili power station, provisions for which were already kept during the first stage development of the project. The Units III and IV under this extension scheme were commissioned in March 1997 and June 1997 respectively. The total installed capacity of the Kopili power station thus went up to 200 MW and that of the project as whole to 250 MW. The Umrong reservoir was raised by 7.6 m to meet the demand for more water for two additional 50 MW units of first stage extension.

KHEP Stage II Power Station:
The second stage of the Kopili Hydro Electric Plant involves a powerhouse to generate additional 25 MW of power by using water from the Khandong reservoir through a 481 metre long water conductor system, provision of which was kept as a bypass conduit from the surge shaft in the Khandong tunnel. The water from the second stage powerhouse will go to the Umrong reservoir for use in the Kopili power station.

Cement Industries:
Vinay Cements was set up in 1989 at a capital cost of Rs. 270 million. At the time of commissioning, it was one of the largest private sector investments in the north east region. The plant uses rotary technology with a four stage pre-heater and forth generation grate cooler. It has an installed capacity of 0.24 million tons per annum. In its market, it has consistently been among the top three manufacturers of cement since inception. In 2004 it became a 100% debt-free company. In 2006-2007 it has reported revenues of 488 million and an EBIDTA of Rs. 117 million. With a view to consolidate the group companies and provide greater shareholder value, it has recently initiated the process of acquiring RCL Cement in an all stock deal. There are three other cement industries in the vicinity of the town, NECEM CEMENTS LIMITED (1989), RCL (1999), Calcom (2007) & SCL. Residents in the area claim that the presence of these cement factories has led to chronic air pollution.

Education Institutions:
Vivekananda Kendra Vidyalaya, Umrangso (one of the schools in Vivekananda Kendra Vidyalaya system), Garampami High School and Sacred Heart Convent School are the three primary through higher secondary schools in the town. J. B. Hagjer College (affiliated to Assam University, Silchar) is the only university level educational institution in town.

Here's the our members favorite photos of "Towns & Villages in Assam". Upload your photo of Umrangso!

Going to Umrangso? Get answers from our friendly locals