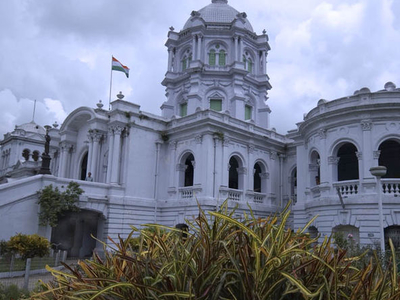 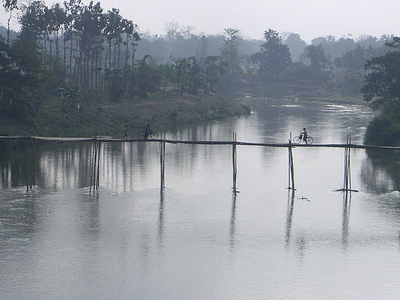 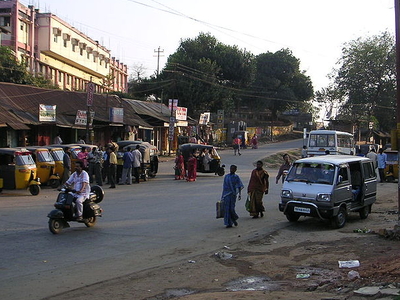 More Photos >
Save me
Been here
Want to go
Show on Map
Here to help 6 tour guides, 62 locals and 3 ambassadors

Tripura is a state in Northeast India. The third smallest state of the country, it occupies 10,491 km2 (4,051 sq mi). Tripura is surrounded by Bangladesh on the north, south, and west; the Indian states of Assam and Mizoram lie to its east. A landlocked state, Tripura's geography is characterised by several north-south hill ranges with intervening valleys, and plain in the western part where the capital Agartala is located.

Economy:
Tripura is an agrarian state with more than 50% of the population dependent on agriculture and allied activities. However, due to hilly terrain and forest cover, only 27% of the land is available for cultivation. Rice, the major crop of the state, is cultivated in 91% of the cropped area. According to the Directorate of Economics & Statistics, Government of Tripura, in 2009–10, potato, sugarcane, mesta, pulses and jute were the other major crops cultivated in the state. Jackfruit and pineapple top the list of horticultural products. Traditionally, most of the tribal population of the state practised jhum method (a type of slash-and-burn) cultivation. The number of people dependent on jhum has declined over the years.

Culture:
The diverse ethno-linguistic groups of Tripura have given rise to a composite culture. The dominant ethnic groups are Bengali, Manipuri, Tripuris, Jamatia, Reang, Noatia, Koloi, Murasing, Chakma, Halam, Garo, Kuki, Mizo, Mogh, Munda, Oraon, Santhal, and Uchoi. Bengali people represent the largest non-tribal community of the state. Bengali culture, as a result, is the main non-tribal culture. Indeed many elite tribal families which reside in urban centres, have actively embraced Bengali culture and language. The Tripuri kings were great patrons of Bengali culture, especially literature; Bengali language was the language of the court. The Nobel laureate Bengali poet Rabindranath Tagore had notable friendship with the kings. Elements of Bengali culture, such as Bengali literature, Bengali music, and Bengali cuisine are widespread, particularly in the urban areas of the state.

Transport:
Tripura is remarkable in that only one major road, the National Highway 44 (NH-44), connects it to the rest of India. The national highway starts at Sabroom in southern Tripura, goes north to the capital Agartala, turns east and then north-east to enter the state of Assam. Locally known as "Assam Road", the NH-44 is often called the lifeline of Tripura. However, the highway is single lane and of poor quality; often landslides, rains or other disruptions on the highway cut off the state from its neighbours.

Another National Highway, NH 44A, connects the town Manu in South Tripura district with Aizawl, Mizoram. Tripura Road Transport Corporation is the government agency overlooking public transport on road. A hilly and land-locked state, Tripura is dependent mostly on roads for transport. The total length of roads in the state is 16,931 km (10,520 mi) of which national highways constitute 448 km (278 mi) and state highways 689 km (428 mi), as of 2009–10.

Flora and fauna:
Tripura, like most of the Indian subcontinent, lies within the Indomalaya ecozone. According to the Biogeographic classification of India, the state is in the "North-East" biogeographic zone. As of 2011, forests cover 57.73% area of the state. Tripura hosts three different types of ecosystems: mountain, forest and freshwater. The evergreen forests on the hill slopes and the sandy river banks are dominated by species such as Dipterocarpus, Artocarpus, Amoora, Elaeocarpus, Syzygium and Eugenia.

Major forest areas in the state are covered by two types of moist deciduous forests: moist deciduous mixed forest and Sal (Shorea robusta) predominant forest. The interspersion of bamboo and cane forests with deciduous and evergreen flora is a peculiarity of Tripura's flora. Grasslands and swamps are also present, particularly in the plains. Herbaceous plants, shrubs, and trees such as Albizia, Barringtonia, Lagerstroemia, Macaranga flourish in the swamps of Tripura. Shrubs and grasses include Schumannianthus dichotoma (shitalpati), Phragmites and Saccharum (sugarcane).

Here's the our members favorite photos of "States/Regions in India". Upload your photo of Tripura!

Going to Tripura? Get answers from our friendly locals