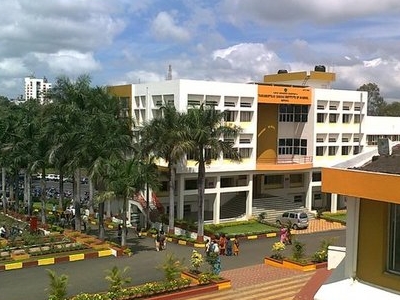 Satara  pronunciation is a city located in the Satara District of Maharashtra state of India. The town is 2320 ft. above sea-level, near the confluence of the Krishna and its tributary the Venna. The city was the capital of the Maratha empire in the 17th century.

The name of the city is derived from the seven hills surrounding the city. Saat meaning seven in Marathi and Tara meaning hill, thus forming the word 'Satara'. Historians agree that the name of the city has its origins in the seven hills overlooking the city. The seven hills are Ajinkyatara, Sajjangad, Yawateshwar, Jarandeshwar, Nakdicha Dongar, Kitlicha Dongar, and Pedhyacha Bhairoba. Historical inscriptions as old as 200 B.C reveal that probably the oldest known place in Satara district is Karad (mentioned as Karhakada). It is also believed that the Pandavas stayed in Wai, then known as 'Viratnagari', in the 13th year of exile.

Here's the our members favorite photos of "Cities in Maharashtra". Upload your photo of Satara!

Going to Satara? Get answers from our friendly locals