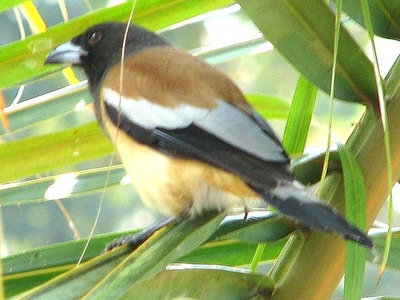 The Sanjay National Park is one of the most important wildlife sanctuaries in Central India. Established as a National Park in 1981, it is spread over a 2303 square kilometer area which is well drained by a number of rivers, rivulets and other perennial sources of water enabling a lush forest cover and quenching the thirsts of the flora and fauna thriving within these regions.

After separation of the State of Chhattisgarh from Madhya Pradesh in the year 2000, a majority of the Park area now falls in the adjoining state, and which has been renamed as Guru Ghasidas National Park. The floral composition of the Sanjay National Park is made up of mixed forests dominated by Sal and extensive patches of Bamboo Forests and Grasslands. Other major plants within the Park include Salai, Dhawada, Palas, Gurajan, Semal, Mahua, Harra, Haldu, Ber and Tendu.

Sanjay National Park is an exciting and rewarding experience for both, the wildlife enthusiast and the nature lover. Located on the Riva-Sidhi-Mirjapur-Varanasi State Highway at a distance of 60 kilometers from the Sidhi District of Madhya Pradesh will get you to Village Dubari Vastua which is the main entry point to the Park. Jaora Railway Station is the closest rail-link and a convenient approach barely 20 kilometers from the entrance to the Sanjay National Park. Avoid the monsoons; November to June is the best time to be here.

Here's the our members favorite photos of "National Parks in Madhya Pradesh". Upload your photo of Sanjay National Park!

Going to Sanjay National Park? Get answers from our friendly locals