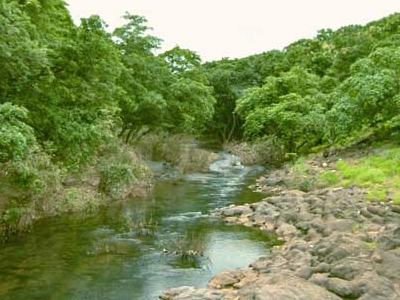 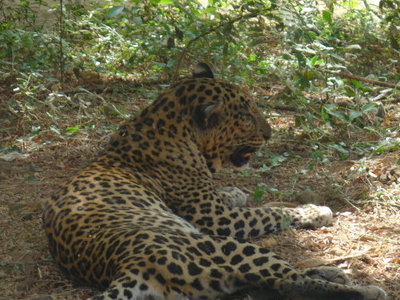 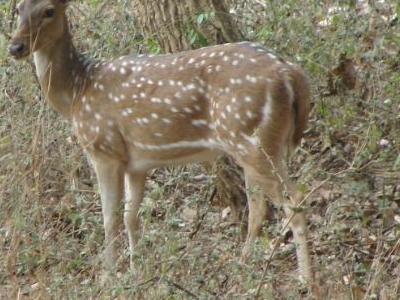 More Photos >
Save me
Been here
Want to go
Show on Map
Here to help 641 tour guides and 2,573 locals

Sanjay Gandhi National Park (SGNP), previously Borivali National Park, is a large protected area in the northern part of suburban Mumbai city in Maharashtra State in India. It encompasses an area of 104 km2 (40 sq mi) and is surrounded on three sides by India's most populous city. It is notable as one of the major national parks existing within a metropolis limit and is one of the most visited parks in the World The rich flora and fauna of Sanjay Gandhi National Park attracts more than 2 million visitors every year. Tourists also enjoy visiting the 2400 years old Kanheri Caves sculpted out of the rocky cliffs which lie within the park.

History
The Sanjay Gandhi National Park area has a long written history dating back to the 4th century BC. In ancient India, Sopoara and Kalyan were two ports in the vicinity that traded with ancient civilisations such as Greece and Mesopotamia. The 45 km (28 mi) land route between these two ports was partially through this forest. The Kanheri Caves in the centre of the park were an important Buddhist learning centre and pilgrimage site sculpted by Buddhist monks between pradyut sakhseria 9th and the 1st centuries BCE. They were chiselled out of a massive basaltic rock outcropping.

Geography
The park is nestled in the hill ranges to the east of the suburb of Borivali. It occupies most of the northern suburbs. To the west lie the townships of Goregaon, Malad, Kandivali, Borivali and Dahisar. To the east lie the townships of Bhandup and Mulund. To the south lies the Aarey Milk Colony. The northern reaches of this forest lie in Thane city. The park and these areas surrounding it are all part of the Mumbai metropolitan area.

Wildlife
Flora and fauna
The park is home to a number of endangered species of flora and fauna. The forest area of the Park houses over 1000 plant species, 251 species of migratory, land and water birds, 50,000 species of insects, 40 species of mammals. In addition, the Park also provides shelter to 38 species of reptiles, 9 species of amphibians and also 150 species of butterflies and a large variety of fish.

Flora: Kadamba, teak, karanj, shisam, and species of acacia, ziziphus, euphorbia, flame of the forest, red silk cotton and a number of other varieties of flowers. Karvi or Karvy, a flowering plant that flowers once in seven years, can be found in the Park.

Wild tiger
In 2003, pug marks and droppings of a Bengal tiger were found in the park. Although the tiger was never widely seen, it did bring some excitement to city folks as records of tiger being found here are quite old and forgotten now with the last tiger being shot down 80 years earlier in the region. Conservation was also proposed for the interlinking habitat corridors and nearby wilderness areas in the state and upgrade their status as Tiger habitat.

Tourism
Sanjay Gandhi National Park is said to be one of the most visited National Parks in Asia. According to estimates, around 2 million visitors visit this park annually. Collection at the gates in November 2004 touched INR9.8 million (US$160,000). The Krishnagiri Upavan is an area of approximately 5.5 km sq (2.12 sq mi) reserved as an easily accessible public recreation zone inside the park. The remaining core area has restricted access. Among the several attractions of the Krishnagiri Upavan is a mini-zoo where visitors can view animals up close. There is a crocodile park where one can easily view different sizes of these reptiles all at one place. The lion and tiger safaris educate and guide visitors through the natural habitats of these animals. A narrow gauge train travels around the tourist zone showcasing parts of the rich biodiversity. There a boating facility where visitors can rent a two person pedal-powered boat for Rs. 15 per 15-minute increment at19°13′46″N 72°52′8″E. Two watchtowers are available for panoramic views of the park.

Here's the our members favorite photos of "National Parks in Mumbai". Upload your photo of Sanjay Gandhi National Park!

Going to Sanjay Gandhi National Park? Get answers from our friendly locals