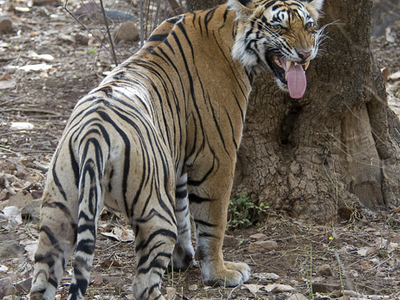 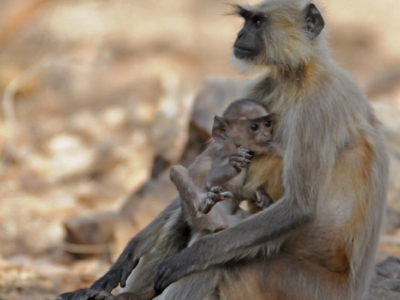 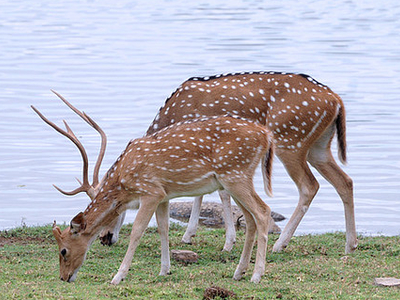 More Photos >
Save me
Been here
Want to go
Show on Map
Here to help 7 tour guides, 13 locals and 7 ambassadors

Ranthambore National Park or Ranthambhore National Park or simply Ranthambhore is one of the largest national parks in northern India. It is situated in Sawai Madhopur district of southeastern Rajasthan, about 110 km north east of Kota and 130 km south east of Jaipur, which is also the nearest airport. The nearest town and railway station is at Sawai Madhopur, about 11 km away and Kota is the another convenient Station as all the train stops at Kota which is 110 km from Ranthambhore. RIDCOR operates a mega highway between Kota to Ranthambhore.

Ranthambore wildlife sanctuary is known for its tigers and is one of the best places in India to see these majestic predators in the jungle. Tigers can be easily spotted even during the day time. A good time to visit Ranthambore National Park is in November and May when the nature of the dry deciduous forests makes sightings common. Its deciduous forests were once a part of the magnificent jungles of Central India.

The park lies at the edge of a plateau, and is bounded to the north by the Banas River and to the south by the Chambal River. There are several lakes in the park. It is named for the historic Ranthambhore fortress, which lies within the national park. The park covers an area of 392 km², and is known for its tiger population, and is one of India's Project Tiger reserves. Other major wild animals include leopard, nilgai, wild boar, sambar, hyena, sloth bear and chital. It is also home to wide variety of trees, plants, birds and reptiles. Ranthambore is also the site for one of the largest banyan trees in India.

Wildlife:
Ranthambore is best known for its large tiger population. As tourism in the park increased, so did the population of neighbouring villages. This led to increasing amounts of fatal human-tiger interactions and poaching. The Indian Government started Project Tiger in 1973 with an allotted area of 60 mi sq. It was later expanded to become what is now called, the Ranthambore National Park. Besides tigers, the reserve has thriving bird population with more than 270 different species of birds here.

In 2005, there were 26 tigers living in Ranthambore. This was significantly lower than the recorded tiger population of the reserve in 1982, which then stood at 44. According to non-government sources there were 34 adult tigers in the Ranthambore National Park in 2008. More than 14 tiger cubs were also recorded. This was largely attributed to sustained efforts by forest officials to curb poaching. Villagers in the region were being given incentives to stay out of the park and surveillance cameras were also fitted across the reserve.

The Indian government also committed US$153 million for the efforts.These efforts have been successful with Ranthambore having enough tigers to participate in the Sariska Tiger Reserve relocation efforts.The first aerial relocation of the male tiger (Dara) from Ranthambore to Sariska was done using a Mi-17 helicopter on 28 Jun 2008 by Wing Commander Vimal Raj. Unfortunately, this translocated tiger died on 15 November 2010 due to unknown reasons.

Tigers:
During the past few years, there has been a decline in tiger population in Ranthambore due to poaching and other reasons. However there were some tigers who succeeded in passing on their genes even in such circumstances. A tigress known as "Lady of the Lakes" was, at a very young age, separated from her parents due to increased poaching in the area. The young tigress was called Macchli since she had a mark on her body which resembled a fish. She mated with a male who resided just beside her territory and gave birth to three female cubs, one being dubbed 'Macchli - The Junior' in a documentary.

Despite Macchli also being the name of her mother, the young cub found herself stuck with the designation. The father of the younger Macchli died early due to an unknown disease, which was confirmed when forest officer Fateh Singh Rathore saw him in Ranthambore. After this, the junior Macchli found the scent of a different male, known as Bumburam, and mated with him. She gave birth to two cubs; Slant Ear and Broken Tail. Baccha is believed to be her grandson.Broken Tail travelled on her own outside the park area (from Ranthambore to Darra), enroute she was killed by a train while crossing the railway tracks.

Features:
Forests: The Park consists of typical dry deciduous elements with Anogeissus pendula forests - a dominant tree species. However, mix deciduous elements could be seen in the valleys and along water bodies. The Flora of the Park is represented by 539 species of flowering plants.

Safari Rides: Rides are carried out at two times: 06:30 and 14:30. Each ride lasts for about 3 hours. There are two options of vehicles for the safari : 20 seater open top canter or 6 seater open top gypsy. Each ride costs around Rs700-800 per person. The core park area has been divided into several zones and the safari vehicles go on one of those zones. Since there is a good chance of not sighting a tiger in one outing, people usually take more than one ride. There are a lot of quality resorts on the way from Sawai Madhopur to the national park.

Ranthambore Fort: The majestic fort, built in 10th-century, towers over the entire park area. It stands at a height of 700 feet above the surrounding plain. Inside the fort, there are three red Karauli stone temples devoted to Ganesh, Shiva and Ramlalaji. The temples were constructed in 12th and 13th centuries.

Tigers: The Park is one of the best national parks in the country to spot a tiger. This majestic predator can be spotted ambling or basking under the sun here.

Padam Talao: This is the largest of the all the lakes located inside the park, and the beautiful red sandstone Jogi Mahal is located at the very edge of this lake. A gigantic banyan tree, considered to be India’s second largest, is near the lake.

Transportation:
Air : Jaipur at 180 km is the nearest airport from Ranthambore wildlife sanctuary.
Rail : Ranthambore National Park is around 11 km away from Sawai Madhopur railway station, that lies on the Delhi to Mumbai trunk route. This is by far the best way of reaching the place from Delhi, Jaipur or Kota. Best train from Delhi is Kota Janshatabdi Express - having 3 AC chair Car Coaches and reaches Sawai Madhopur at 6 pm. While returning catch the same Kota Janshatabdi Express at 7 am in the morning for Delhi. Another train from Delhi is the August Kranti Express- this is the cleanest, fastest and most punctual train; hygenic meals are served aboard the train. Train departs from Nizammudin railway station in Delhi; the Sawai Madhopur stop is a short one ( 2 minutes) so be ready when your station comes. For the return to Delhi, again catch the Rajdhani- this one is coming from Mumbai and also terminates at the Nizammudin station in Delhi. Again Sawai Madhopur is a short stop.
Roads : A good network of buses connect Sawai Madhopur, the nearest town from Ranthambore to all the major cities within the state of Rajasthan. The frequency of direct services though is not very great. Mostly you have to hire a Car or a Taxi from Kota to Ranthambhore. Kota - Ranthambore is a Mega Highway and can be covered in 1.5 hours easily.

Here's the our members favorite photos of "National Parks in Rajasthan". Upload your photo of Ranthambhore National Park!

Going to Ranthambhore National Park? Get answers from our friendly locals