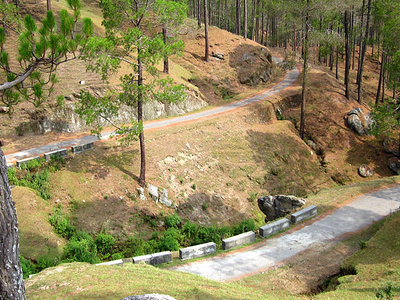 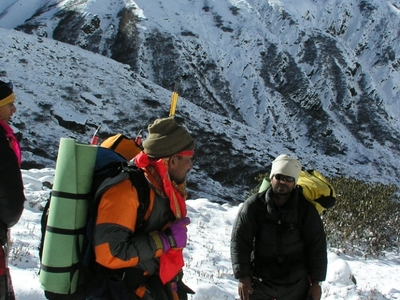 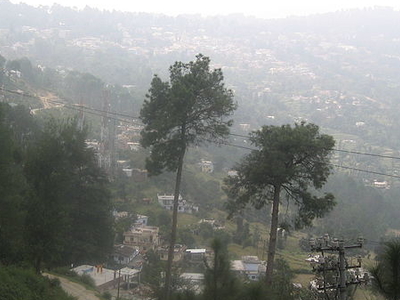 More Photos >
Save me
Been here
Want to go
Show on Map
Here to help 298 tour guides, 382 locals and 1 ambassador

Ranikhet is a hill station and cantonment town in Almora district in the Indian state of Uttarakhand. It is the home for the Military Hospital, Kumaon Regiment (KRC) and Naga Regiment and is maintained by the Indian Army. Ranikhet is at an altitude of 1869 metres above sea level and within sight of the western peaks of the Himalayas.

Climate:
Ranikhet becomes very cold in the winters and remains moderate in summers, and is best enjoyed from March to October. Ranikhet gets snowfall in the winter season, mainly in the months of December, January and February. But in the rest of the months the weather of Ranikhet remains pleasant.

Army Museum:
Maintained by the Kumaon and the Naga Regiment of the Indian Army, the museum has a wide collection ranging from stories of the heroics of the First World War till date. It has on display the various weapons captured, flags of enemies captured by the army and also the LTTE boat captured during Operation Pawan. It has stories of the First and the Second Param Vir Chakra who belonged to the Kumaon Regiment. You can also get to know the list of all the Army Generals who belonged to the Kumaon Regiment. The regiment, which has a long and successful history of heroics and tales of valor, is on full display at the museum. Contributions by the Regiment during the World Wars, during the Indo-China war and the Pakistan war, during Kargil and Op Pawan can be known at this Museum. The Museum is very well maintained by the Army and they also provide an Army guide who will help understand the history and the heroics of the Regiment. Photography is prohibited inside the Museum. Interesting to see are the weapons captured during the war, some of them weigh nearly 80 kg and require at least 2 people to carry and load it. You also get to see the medals and uniforms of the brave soldiers. A visit to this Museum is must when going to Ranikhet. One gets a strong feeling of patriotism when visiting this museum.

Jhula Devi Temple:
Jhula Devi temple is situated at a distance of 7 km from the town of Ranikhet near Chaubatia. It is said that the dense jungle near the temple was once full of wild animals, leopards and tigers used to attack local villagers. The villagers prayed to Maa Durga for protection, and one day Goddess Durga came in a shephard's dream and advised him to excavate her idol. This temple was constructed at the spot where the shepherd found Goddess Durga's idol. Since then pilgrims come to make a wish to Goddess Jhula Devi. And when their wish is fulfilled they come again to thank Jhula Devi Maa by offering a bell to the temple. The popularity of the temple can be realized by number of bells hanging over the temple walls. The temple priests have to timely shift the old bells to a different place to make room for the new bells that are tied everyday. In addition to bells, dried coconut and prasad is offered to the Goddess. This place has a calm environment and a sense of spiritual peace to it.

Rama Mandir (Temple):
Located in the vicinity of Jhula Devi temple is the Rama Mandir, dedicated to lord Rama. A small flight of stairs goes to the hilltop where the temple is situated. Rama Mandir has a monastery where students are taught ancient vedas along with vedic and modern mathematics in direction of Sant Sri Mouni Maharaj. People who have a keen interest in vedas should not miss the chance to visit this temple.

Chaubatia Gardens:
Located about 10 km from Ranikhet, this place has plantation of apricots, peaches, chestnuts, and almonds and is famous for apple orchards. With a wide variety of Himalayan flora, it also offers the picturesque views of snowcapped Himalayas. Apart from fruits, one can buy fresh juices and artisan honey from the garden store on the way out.

Transport:
Ranikhet is situated at a distance of 350 km from Delhi, well connected by road and railway. The nearest railway station is Kathgodam, approximately 68 km from Ranikhet (GMAPS). Pantnagar Airport is the nearest airport. Nearest hill stations are Almora - 50 km, Nainital - 60 km. There are some more places nearby which can be visited like Chaubatia, Dwarahat, Kausani, Chaukhutia, Majhkhali, Naina Gaon, Jalali, Doonagiri, Naithna, Masi and Pali.

Here's the our members favorite photos of "Hill Stations in Uttarakhand". Upload your photo of Ranikhet!

Going to Ranikhet? Get answers from our friendly locals

Get in touch with 14 Touristlink members who want to visit Ranikhet or with Virendra Bandekar, Plaisir Hospitality and 21 others who already have been here.