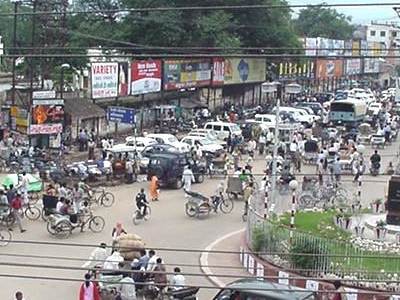 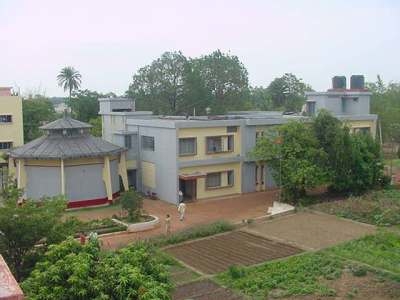 More Photos >
Save me
Been here
Want to go
Show on Map
Here to help 11 tour guides, 132 locals and 1 ambassador

Ranchi (राँची) is the capital of the Indian state of Jharkhand. Ranchi was the centre of the Jharkhand movement for a separate state for the tribal regions of South Bihar, northern Orissa, Western West Bengal and the present eastern Chhattisgarh. Jharkhand State was formed on 15 November 2000 by carving the Bihar divisions of Chota Nagpur and Santhal Parganas. The name Ranchi comes from the original Oraon village Archi at the site. Archi derives from the Oraon word for bamboo grove or stave. According to legend, after an altercation with a spirit, a farmer beat the spirit with his bamboo stave or archi. The spirit shouted archi, archi, archi and vanished; Archi became Rachi, and Rachi became Ranchi.

Ranchi is located on the southern part of the Chota Nagpur plateau which forms the eastern edge of the Deccan plateau. Ranchi is referred to as the "City of Waterfalls", due to the presence of numerous large and small falls of around the close vicinity of the city. The most popular ones are Dassam Falls, Hundru Falls, Jonha Falls, Hirni Falls and Panchghagh Falls. The Subarnarekha River and its tributaries constitute the local river system. Dams in Kanke, Rukka and Hatia have been built over these channels to cater to the water requirements of majority the population.

Hotels:
Being a city of natural beauty and big industries, Ranchi attracts a lot of people from outside. Ranchi has a number of 5 star and 3 star hotels for their pleasant stay here. It has a multitude of budget hotels and motels for regular visitors which provide convenient accommodation and food with other amenities.

Climate:
Ranchi has a humid subtropical climate. However, due to its position and the forests around the city, it is known for its pleasant climate. Its climate is the primary reason why Ranchi was once the summer capital of the undivided State of Bihar. Ranchi used to be a preferable hill station in the past. Temperature ranges from maximum 42 to 20°C during summer, and from 25 to 0°C during winter. December and January are the coolest months with temperature getting to freezing point in some places of the city. The annual rainfall is about 1430 mm (56.34 inches). From June to September the rainfall is about 1,100 mm.

Here's the our members favorite photos of "Cities in Jharkhand". Upload your photo of Ranchi!

Going to Ranchi? Get answers from our friendly locals