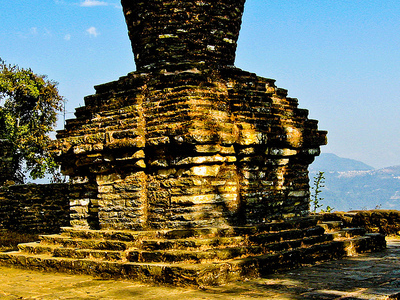 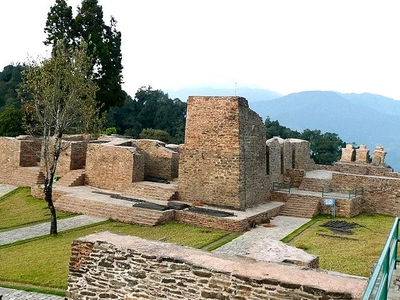 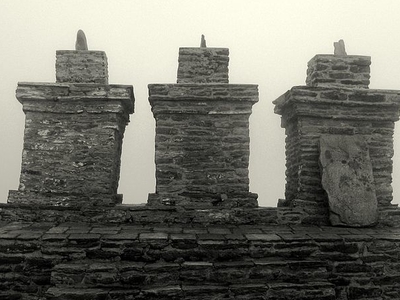 Rabdentse was the second capital of the former kingdom of Sikkim from 1670 to 1814. The capital city was destroyed by the invading Nepalese army and only the ruins of the palace and the chortens are seen here now. However, the ruins of this city are seen close to Pelling and in West Sikkim district in the Northeastern Indian state of present day Sikkim; Pemayangtse Monastery is one of the oldest monasteries in Sikkim which is close to the ruins.

From the vantage point of this former capital, superb views of the Khanchendzonga ranges can be witnessed.This monument has been declared as of national importance by the Archaeological Survey of India.It was first established in 1670 by Chadok Namgyal son of Phuntsog Namgyal by shifting from the first capital of Yuksom that was consecrated in 1642.

The Rabdentse ruins are part of Buddhist religious pilgrimage circuit starting with the first monastery at Yuksom known as the Dubdi Monastery, followed by Norbugang Chorten, Tashiding Monastery, the Pemayangtse Monastery, the Sanga Choeling Monastery, and the Khecheopalri Lake.Rabdentse is seen only in ruins now and its troubled history, which caused this situation is narrated.

Structures
The ruins seen now at the Rabdentse consist mainly of “chunky wall stubs” whose heritage value is accentuated by its location on a ridge, near upper Pelling (3 kilometres (1.9 mi) away) from where commanding views of the Kanchendzong hill ranges and surroundings on one side and the mountains and valleys on the other side are visible. The approach to this location is from an ornamental yellow gate near the Pelling–Geyshing road, from where it is a walking distance of about 15 minutes through a lake and forested hills.

The ruins of the palace are seen now in two wings – the northern wing and the southern wing. The northern wing was the residence of the royal family. This wing has an open quadrangle where the “Dab Lhagang”, now in ruins, is also seen; the Royal family used to offer prayers with incense to their deities here. A white marble slab of size 7 feet (2.1 m)x5 feet (1.5 m) (reported to have been shifted from the river, carried by one person only) is also seen at this location, which was once the location of the monastery known as “Risum Gompa".

Next to the ruins of the palace are three chortens, the religious place where members of the royal family offered incense to the deities. The chortens are in a fair state of preservation. On the southern wing, common people were given an audience by the king, which is obvious from the stone throne seen here. The Archaeological Survey of India has declared Rabdentse as a heritage monument and has undertaken the needed preservation and restoration measures.

Here's the our members favorite photos of "Ruins near Pelling". Upload your photo of Rabdentse!

Going to Rabdentse? Get answers from our friendly locals

Get in touch with 1 Touristlink members who want to visit Rabdentse or with Madhumita and To Fro who already have been here.