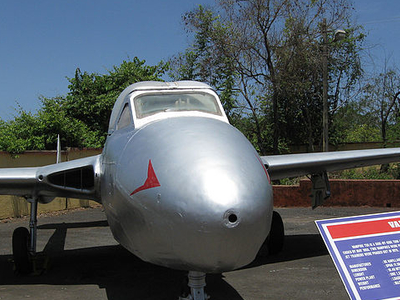 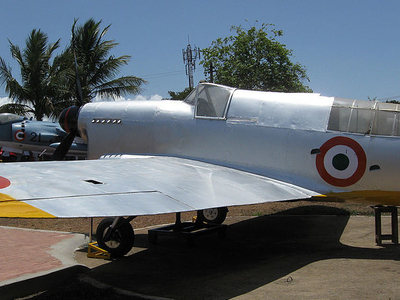 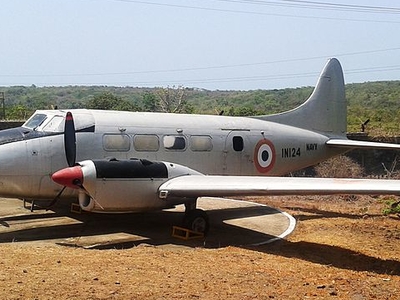 The Naval Aviation Museum is a military museum located in Bogmalo, 6 km from Vasco Da Gama, Goa, India. This museum contains exhibits that showcase the evolution of the Indian Naval Air Arm over the decades. The museum is divided into two main parts, an outdoor exhibit and a two-storeyed indoor gallery. The Museum was inaugurated in October 1998 and is one of the Two Military Aviation Museums in India, the other being the Indian Air Force Museum, Palam in Delhi. The Naval Aviation Museum is the only of its kind in the entire continent of Asia.

Outdoor exhibit
The outdoor exhibit is a huge park that visitors can walk through and see decommissioned aircraft that saw service with the Navy. Some of them date back to before the 1940s. A small shed also displays various aircraft engines.

A total of 13 aircraft are on display.

Indoor gallery
Inside, visitors can read and learn about key battles the Indian Air and Naval forces have participated in. The indoor gallery is divided into special rooms designated for a certain topic. Some of them are 'armament', which show military weapons that are attached to submarines and ships; 'attire' which show the progression of the uniforms worm by the members of the Indian air and naval forces over the years, among many others. Also on display are many rare and vintage photographs and documents that show several important periods in Naval Aviation History from 1959 onwards. One gallery also holds massive replicas of the INS Vikrant and INS Viraat. Another gallery holds a variety of bombs, torpedoes, sensors and cannons used by the Indian Navy.

Museum information
The Museum lies on Naval property adjoining the South side of Dabolim Airport, on Bogmalo Road off National Highway 17. Admission to the Naval Aviation Museum costs 20 Rupees for adults. Cameras are allowed, but would be charged separately. The museum is open on all days from 10:00am – 5:00pm, except Monday when it is closed.

Here's the our members favorite photos of "Museums in Goa". Upload your photo of Naval Aviation Museum!

Going to Naval Aviation Museum? Get answers from our friendly locals