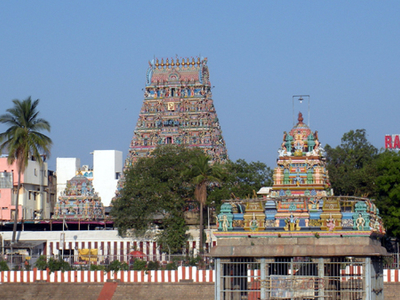 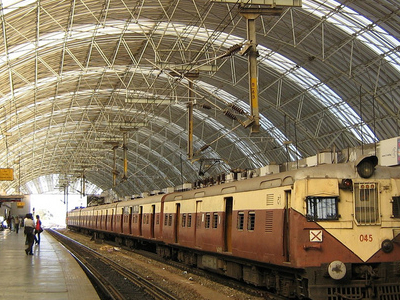 Mylapore (Mayilāppūr) is a cultural hub and neighborhood in the southern part of the city of Chennai, the capital of Tamil Nadu, India. Mylapore is also called Thirumayilai, embracing religious sanctity. Mylapore is a major commercial center, and one of the oldest residential parts of the city. It is well connected to other parts of city by roads and the MRTS system. It is well known for its tree-lined avenues, the seventh-century Kapaleeshwarar Temple, katcheri season and Ramakrishna Math. Mylapore is regarded as the birthplace of Tamil poet and saint, Thiruvalluvar, one of the icons of Tamil literature.

Location:
Mylapore is located a few kilometres to the south of the British-built area of Chennai city. It lies between Triplicane and Teynampet in the west across to the coast in the east. It is bounded by Royapettah to the north. Its southern frontier corresponds roughly with that of the River Adyar. It extends for around 4 km from north to south and 2 km from east to west.

Other Temples: Culture
Mylapore is regarded by many as the cultural hub of the city. Mylapore is the home of a number of music sabhas (cultural organizations) and distinguished musicians. December is often set aside as Music Season when regular and continuous kutcheris are organized by the different Sabhas in Mylapore. There are performances by leading Carnatic Music vocalists and artists during this period. The Parthasarathy Swami Sabha in Mylapore is the oldest Sabha (Assembly) in Tamil Nadu. The Madras Music Academy in the north of the district is also an important nucleus of art events in the city. Bharatiya Vidhya Bhavan Auditorium is also known for conducting cultural events. The Mylapore Fine Arts located near Nageshwara Rao Park is another Sabha. Nageshwara Rao Garden is known for its play area, shrubs and cultural events.

Parks:
Nageswara Rao Park, a 4-acre park, is located on Luz Church Road in Mylapore. The park is kept open to the public from 5 a.m. to 8 p.m. and is a popular place for morning walks among the locals.

Places Of Importance In Mylapore: Transportation:

Here's the our members favorite photos of "Neighborhoods in Chennai". Upload your photo of Mylapore!

Going to Mylapore? Get answers from our friendly locals