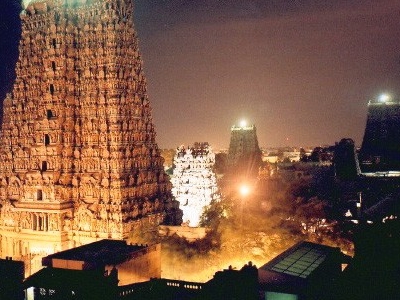 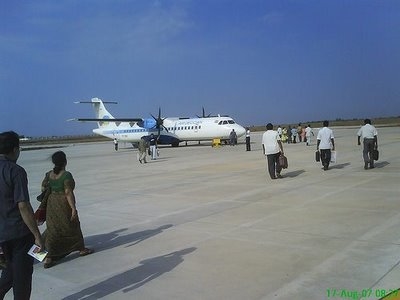 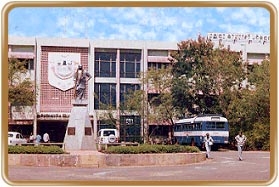 More Photos >
Save me
Been here
Want to go
Show on Map
Here to help 44 tour guides, 106 locals and 7 ambassadors

Madurai is an important industrial and educational hub of South Tamil Nadu. The city is house to various automobile, rubber, chemical and granite manufacturing industries. It has developed as a second-tier city for Information Technology and some software companies have opened their centres in Madurai. Madurai has important government educational institutes like the Madurai Medical College, Homeopathic Medical College, Madurai Law College, Agricultural College and Research Institute that provides education to aspirants in southern districts of Tamil Nadu.

Economy
Madurai is one of the few rubber growing areas in South India and there are rubber based industries in Madurai. Gloves, sports goods, mats, other utility products and automobile rubber components are the most numerous items produced produced by these industries. TVS Srichakra (tyre manufacturing), Sundaram Industries (Rubber Division, Coach division), Fenner India, Hi-Tech Arai Ltd and Lanxess India are some of the rubber based industries in the city. Automobile producers like General Motors, Ford, Toyota and Honda are the major consumers of components produced in the city. The city is home to one of the top motor cycle manufacturers in India, the TVS Group. There are numerous textile, granite and chemical industries operating in Madurai.

Culture, tourism and entertainment:
The city attracts a large number of tourists from within the country and abroad. About 9,100,000 tourists visited Madurai in 2010, out of which foreigners numbered 524,000. The Palace complex of Thirumalai Nayak Palace was constructed in the Indo-Saracenic style by Thirumalai Nayakar in 1636 CE. It is a national monument maintained by the Tamil Nadu Archaeological Department.

The daily sound and light show organized by the department explains the virtues of King Thirumalai and the features of the palace. The palace of Rani Mangamma has been renovated to house one of the five Gandhi Sanghralayas (Gandhi Memorial Museum, Madurai) in the country. It includes a part of the blood-stained garment worn by Gandhi when he was assassinated by Nathuram Godse. A visit by Martin Luther King Jnr. to the museum inspired him to lead peaceful protests against discrimination.

The Eco park, situated in Tallakulam, features fountains and lighting in trees using optical fibres. Rajaji Children Park, maintained by the Madurai Municipal Corporation, is situated between the Gandhi museum and the Tamukkam grounds – it has a visitor average of 5000 per day during holidays and 2000–3000 on working days. MGR Race Course Stadium is an athletic stadium which has a synthetic track and a swimming pool. Several National Meets are held here. It also hosts several international and national level Kabbadi Championships.

Here's the our members favorite photos of "Cities in Tamil Nadu". Upload your photo of Madurai!

Going to Madurai? Get answers from our friendly locals