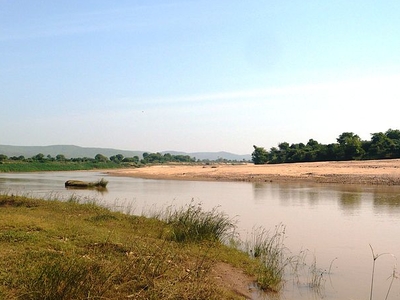 Save me
Been here
Want to go
Show on Map
Here to help 2 tour guides, 6 locals and 2 ambassadors

Kamptee is a city and a municipal council in Nagpur district in the Indian state of Maharashtra. It is below the confluence of the Kanhan River with the rivers Pench and Kolar. Kamptee was founded in 1821 when the British established a military cantonment on the banks of the Kanhan River. Kamptee was previously named Camp-T for its geographical shape. The town quickly became an important center for trade, but trade dwindled with the arrival of the railway in the late 19th century to Nagpur.

Education and Sport
There are ninety-four Anganwadi pre-primary schools, eighty government aided primary schools, and only one government funded high school. There are two tertiary colleges in Kamptee; the Seth Kesrimal Porwal College, established in 1965 with faculties of science, commerce and the arts, and the Smt Kishoritai Bhoyar College of Pharmacy. Also the Kamptee Polytechnic, which is situated behind the railway station. Kamptee has one the biggest schools in the region Kendriya Vidyalaya Kamptee which caters mainly defence kids but civilian kids are also allowed. This school is famous for its academic and extra curricular activities.

Medical
Kamptee has now well developed in medical field. The most experienced Doctors being Dr. Shyam Laddah, Dr. Vijay Hiranwar, and Dr. Tajpuriya (All more than 30 Years of experience).There are ten big hospitals with more than 15 beds. Three government hospitals, one general Sub District hospital (50 bedded), one Military hospital and one Cantonment General hospital. There is one well equipped Diagnostic Point run by local M.D.(Pathology)& D.M.R.D. Radiologist having most advanced instruments in pathology,X-ray, Colour Doppler and Sonography.

Military History
The 'raison d'être' for Kamptee, the military cantonment, is still operational. Kamptee Cantonment houses the Officers Training Academy for National Cadets Corps, which is the only one of its kind. It is also the home of one of the oldest and most respected regiments in the Indian Army, the Brigade of the Guards. Guards are the only group in the Indian Army which have won two PVC (Param Veer Chakra), the highest gallantry awarded to soldiers for war time operations. There are other important units also such as the Institute of Military Law and a well equipped military hospital to care for the health of the soldiers.Army Postal Service centre is also operational in the cantonment since 1948, to provide training to personnel of Dept of Post who volunteers them self for Army.

Here's the our members favorite photos of "Cities in Nagpur". Upload your photo of Kamthi!

Going to Kamthi? Get answers from our friendly locals