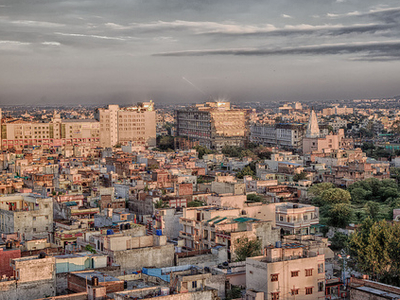 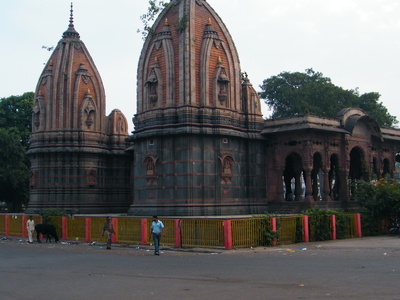 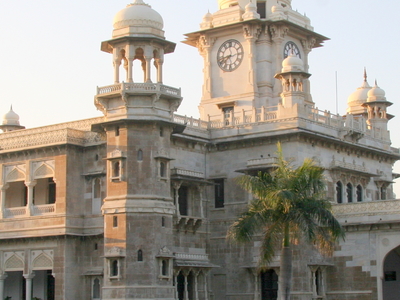 More Photos >
Save me
Been here
Want to go
Show on Map
Here to help 49 tour guides, 303 locals and 2 ambassadors

Indore is a tier 2 city, the largest city of the Indian state of Madhya Pradesh. It serves as the headquarters of both Indore District and Indore Division. A central power city, Indore exerts a significant impact upon commerce, finance, media, art, fashion, research, technology, education, and entertainment and has been described as the commercial capital of the state.

Located on the southern edge of Malwa Plateau, the city is located 190 km west of the state capital of Bhopal. With a Census-estimated 2011 population of 2,167,447 distributed over a land area of just (526 km sq), Indore is the densely populated major city in the central province. The Indore Metropolitan Area's population is the state's largest, with 2.2 million people living there. It is the 14th largest city in India and 147th largest city in the World.

Indore traces its roots to its 16th century founding as a trading hub between the Deccan and Delhi. The city and its surroundings came under Maratha Empire on 18 May 1724 after Maratha Peshwa assumed the full control of Malwa. During the days of the British Raj, Indore State was a 19 Gun Salute (21 locally) princely state (a rare high rank) ruled by the Maratha Holkar dynasty, until they acceded to the Union of India. Indore served as the capital of the Madhya Bharat from 1950 until 1956.

History
Origins
Indore owes its early growth to trade and commerce, which is still a dominant feature of the city. It is the commercial capital of the central Indian state of Madhya Pradesh. The present city is about 500 years old. Till the end of 15th century, its original nucleus was a river side village which occupied the bank of river Saraswati. This area is now known as Juni Indore.

The area of the modern Indore city was a part of the Kampel pargana (administrative unit) during the Mughal Empire. Kampel was administered by the Ujjain sarkar (government) of Malwa Subah (province). The area was controlled by the local zamindars (feudal landlords), who accepted the suzerainty of the Mughal empire. The zamindars received the title of Chaudhari, which established their claim to the land.

Geography
Indore is located in the western region of Madhya Pradesh, on the southern edge of the Malwa plateau. It lies on the Saraswati and Khan rivers, which are tributaries of the Shipra River and has an average elevation of 553.00 meter above mean sea level. It is located on an elevated plain, with the Vindhyachal range to the south.

Cuisine
Indore has a wide variety of Namkeens, Poha & Jalebi, Chaats (snacks), Kachoris and Samosas, cuisines of various types in different restaurants, and Maratha, Mughlai, Bengali, Muslim, Mughlai, Rajasthani, continental and confectionery sweets, as well as local delicacies such as Dal-Bafla. Most important place in Indore for Foodies is Sarafa Bazar, where a wide range of Indian Fast food is available. Chhappan Dukan is a major food junction in Indore, where the youth & family gathers on the road side shops for Indian Snacks. Generally, Namkeen is served on top of a variety of food items served in Indore.

Here's the our members favorite photos of "Cities in Madhya Pradesh". Upload your photo of Indore!

Going to Indore? Get answers from our friendly locals