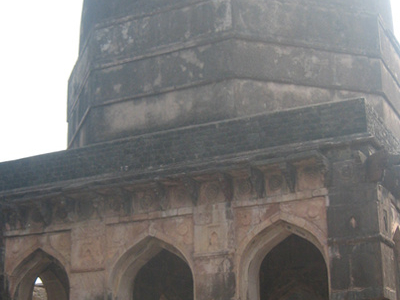 
This palace is a massive building with enormously broad pillars that give it its name: the Elephant Palace. It is crowned by a huge dome. Judging from its design it seems to have been planned as a summer house, a place designed to catch the slightest breeze and cool its occupants in the heat of the summer. It was later converted into a mausoleum, because it holds a tomb, a detached caravanserai, and a mosque nearby.

Here's the our members favorite photos of "Palaces near Mandu". Upload your photo of Hathi Mahal!

Going to Hathi Mahal? Get answers from our friendly locals