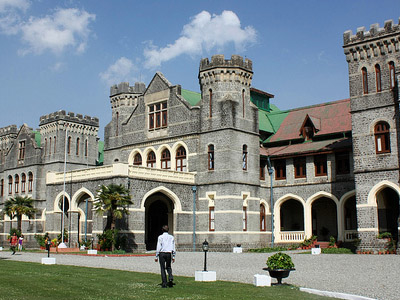 Governor’s House also known Raj Bhavan and formerly, Government House was built in 1899 and designed in the Victorian Gothic domestic style (also called "domestic Gothic") by the architect F.W. Stevens. Originally built as the summer residence of the governor of the North West Province, it later became the summer residence for the Lieutenant Governor of the United Provinces. Currently, Raj Bhavan is the official guest house for the governor of Uttarakhand and for visiting state guests. The complex consists of a two-storied mansion with 113 rooms, a large garden, a swimming pool, and golf links. Obtaining prior permission is must for visiting.

Here's the our members favorite photos of "Historic Houses near Nainital". Upload your photo of Governor's House!

Going to Governor's House? Get answers from our friendly locals

Get in touch with 1 Touristlink members who want to visit Governor's House or with Virendra Bandekar, Girish Chaudhari and 1 others who already have been here.