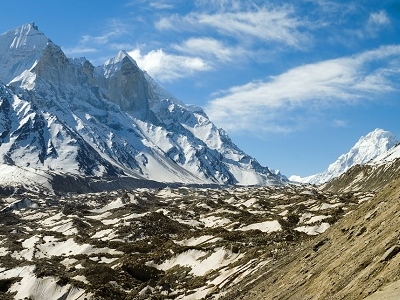 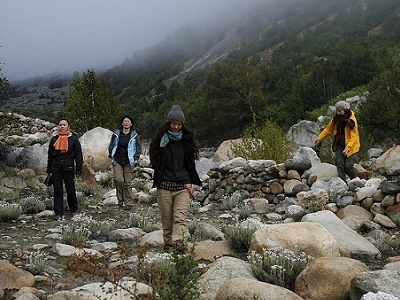 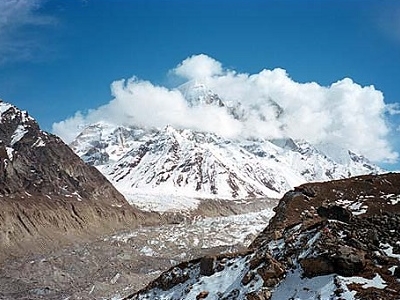 Gangotri National Park is a national park located in Uttarkashi District Uttarakhand, India. The size of this national park is about 1,553 square km. The park provides majestic beauty of coniferous forests and grandeur of glacial World combined with lush green meadows.

Geography:
The Gangotri National Park (GNP) is located in the upper catchment of Bhagirathi River in the Uttarkashi District of Uttrakhand State, India. The northeastern park boundary is located along the international boundary with China. It falls under the Biogeographical zone -2A West Himalaya (Rodgers and Panwar, 1988) and covers an areas of 2,390 km². including a considerable stretch of snow-clad mountains and glaciers. The Gaumukh glacier, the origin of river Ganges is located inside the park. The Gangotri, after which the park has been named, is one of the holy shrines of Hindus. The park area forms a viable continuity between Govind National Park and Kedarnath Wildlife Sanctuary. High ridges, deep gorges and precipitous cliffs, rocky craggy glaciers and narrow valleys characterize the area. There is a high variation in the elevation gradients from 1,800 to 7,083m, which in turn reflects in the diverse biomes,from subtropical communities to alpine meadows.

Ecology:
The Gangotri National Park is typical of high altitude ecosystems, with decisive influence from Trans Himalayan elements in both physical and biological characteristics. The landscape is dominated by alpine scrub, although forests of kharsu oak and betula are observed in patches in lower and higher elevation areas respectively. The mountain sides along the entire route from Gangotri to Gaumukh are steeper and are distinctly broken up by consequential landslides. These landslides appear to have caused irreversible isolation between forest patches including the alpine vegetation.

The impact of these natural events on the forest and the dependent organisms is important to document, so as to assess the long-term value of this park in the wildlife perspective. The ground vegetation, although drying, is suggestive of high ground biomass in this area, and the recorded ground vegetative cover ranges from 10 to 50% (average = 25%).

Here's the our members favorite photos of "National Parks in India". Upload your photo of Gangotri National Park!

Going to Gangotri National Park? Get answers from our friendly locals