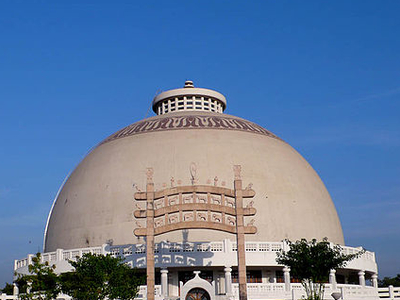 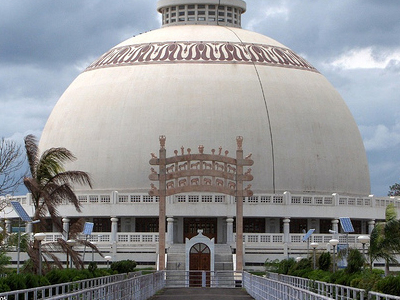 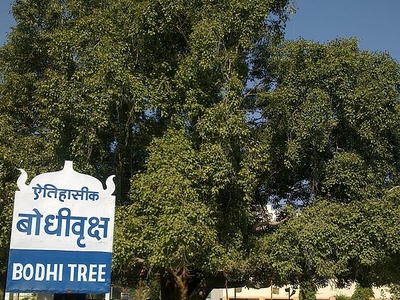 Save me
Been here
Want to go
Show on Map
Here to help 141 tour guides, 548 locals and 5 ambassadors

Deekshabhoomi is a sacred monument of Buddhism at the place where Babasaheb Ambedkar converted to Buddhism along with his about 380,000 followers on October 14, 1956.Ambedkar's conversion to Buddhism is still a guidance for the masses in India.Deekshabhoomi is situated in Nagpur, Maharashtra, a location regarded as a pilgrimage center of Buddhism in India. Thousands of pilgrims visit Deekshabhoomi every year, especially on Ashok Vijaya Dashmi and the 14th of October (the day when Dr. Ambedkar converted to Buddhism here). A great stupa is built at that place.

Deeksha literally means acceptance of religion.Deeksha is to Buddhism as Baptism is to Christianity.Bhoomi means land. So, literally Deekshabhoomi means the land where people get converted to Buddhism. Deekshabhoomi is one of the two places of great importance in the life of Ambedkar, another being Chaityabhoomi at Mumbai.Deekshabhoomi is famous for its architectural beauty and historical importance. It is also one of the main centers of tourism in India.

Architecture:
History Of Making:
The stupa of the sacred Deekshabhoomi was designed by famous architect Sheo Dan Mal.Construction of the stupa started in July 1978, but it took a long time to finish. Sagar Enterprise of Mumbai, (Mr. H. C. Vakharia and Mr. Sandip Vakharia,) has completed structural work. The stupa was opened for the people on December 18, 2001 after a formal inauguration by the then President of India K. R. Narayanan.

Stupa:
Design of the stupa at Deekshabhoomi is based upon the architecture of the World famous stupa of Sanchi. But unlike the stupa of Sanchi, Deekshabhoomi stupa is completely hollow from inside. It is the largest hollow stupa among all Buddhist stupas in the world.At the ground floor, there is a 211 x 211 feet large square hall. At the centre of this hall, an idol of Buddha is placed. This idol was donated to Deekshabhoomi by Thai students learning in the university of Nagpur. There is also a library and a photo exhibition of the events in the lives of Gautama Buddha and Dr. Ambedkar.

Vihar And The Bodhi Tree:
In front of the stupa, on the right hand side, there is a Buddha Vihara with a bronze idol of lord Buddha. Facilities are also made there for the bhikkhus to live.Besides the Vihara, there is the Bodhi Tree, which is a sacred fig tree. This Bodhi Tree was planted at Deekshabhoomi from three branches of the Bodhi Tree at Anuradhapuram in Sri Lanka. Bhadant Anand Kausalyayan had brought these branches from Sri Lanka as the memoir of Buddha's enlightenment.

Tourism:
Deekshabhoomi is a prominent place of tourism for home and foreign tourists. Every year, thousands of tourists visit Deekshavhoomi, especially on the anniversary of the conversion ceremony.Foreign tourists come mainly from the Buddhist countries such as Japan and Thailand.

Here's the our members favorite photos of "Religious in Nagpur". Upload your photo of Deekshabhoomi!

Going to Deekshabhoomi? Get answers from our friendly locals

Get in touch with 8 Touristlink members who want to visit Deekshabhoomi or with Shagufta Khan, Dhiraj Bandurkar and 18 others who already have been here.