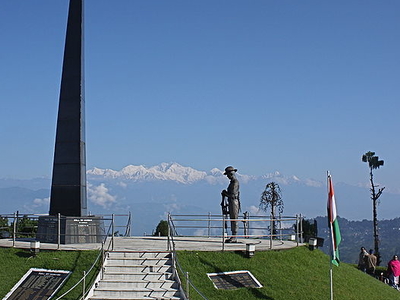 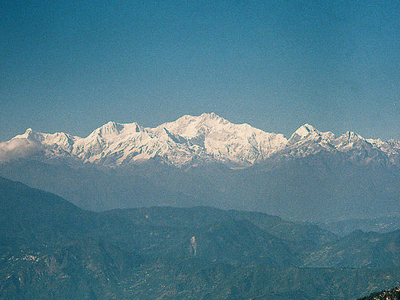 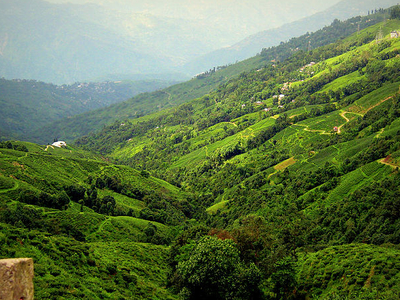 Culture:
Apart from the major religious festivals of Dashain (Durga puja), Tihar (Diwali) and Christmas the diverse ethnic populace of the town celebrates several local festivals. The Lepchas and Bhutias celebrate new year in January, while Tibetans celebrate their new year, Losar, in February–March. The birthday of the Lord Buddha is celebrated in mid-June with processions. Darjeeling Carnival, initiated by a civil society movement known as The Darjeeling Initiative, is a ten day carnival held every year during the winter with portrayal of the Darjeeling Hill's musical and cultural heritage as its central theme.

Economy:
The two most significant contributors to Darjeeling's economy are tourism and the tea industry. Darjeeling tea, due to the unique agro-climatic conditions of Darjeeling, has a distinctive natural flavour, is internationally reputed and recognised as a geographical indicator. Darjeeling produces 7% of India's tea output, approximately 9,000,000 kilograms (20,000,000 lb) every year. The tea industry has faced competition in recent years from tea produced in other parts of India as well as other countries like Nepal. Widespread concerns about labour disputes, worker layoffs and closing of estates have affected investment and production. Several tea estates are being run on a workers' cooperative model, while others are being planned for conversion into tourist resorts.

Flora and fauna:
Darjeeling is a part of the Eastern Himalayan zoo-geographic zone. Flora around Darjeeling comprises sal, oak, semi-evergreen, temperate and alpine forests. Dense evergreen forests of sal and oak lie around the town, where a wide variety of rare orchids are found. The Lloyd's Botanical Garden preserves common and rare species of plants, while the Padmaja Naidu Himalayan Zoological Park specialises in conserving and breeding endangered Himalayan species. The town of Darjeeling and surrounding region face deforestation due to increasing demand for wood fuel and timber, as well as air pollution from increasing vehicular traffic.

Wildlife in the district is protected by the wildlife wing of the West Bengal Forest Department. The fauna found in Darjeeling includes several species of ducks, teals, plovers and gulls that pass Darjeeling while migrating to and from Tibet. Small mammals found in the region include civets, mongooses and badgers. The nearby Jaldapara Wildlife Sanctuary consists of semi-evergreen and sal forests. Animals found here include the one-horned rhinoceros, elephant, tiger, leopard and hog deer, while the main bird species include the Bengal florican and herons. As of 2009, work was in progress for setting up a conservation centre for red pandas in Darjeeling.

Here's the our members favorite photos of "Hill Stations in West Bengal". Upload your photo of Darjeeling!

Going to Darjeeling? Get answers from our friendly locals

Get in touch with 102 Touristlink members who want to visit Darjeeling or with Mission Agency, Goximbo Awaits and 203 others who already have been here.