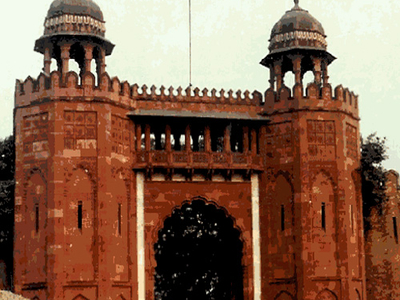 Save me
Been here
Want to go
Show on Map
Here to help 3 tour guides, 23 locals and 1 ambassador

Darbhangā is a municipal corporation and the capital city of old Darbhanga Raj and present headquarter of Darbhanga district ,Darbhanga Police Zone and Darbhanga Division in the state of Bihar, India.Darbhanga is one of the biggest city & second big medical and Edcational hub of Bihar.It is one of the most important districts of North Bihar situated in the very heart of Mithilanchal.

The history of Darbhanga dates back to the Ramayana and Mahabharata periods; it is among the oldest cities of Bihar. According to the Vedic sources, the Videhas first migrated to the area from the banks of Saraswati in Punjab, they were guided to the east of Sadanira (Gandak River) by Agni, the God of Fire. Settlements were established and, thus, flourished the kingdom of the Videhas, the Selfless.

Roadways:
Darbhanga is connected to other parts of India through national and state highways.Bus services are available from Darbhanga to Ranchi, Patna, Gaya,Forbesgunj, Kolkata, Purnia, Bhagalpur etc.East-West Corridor expressway, which connects the Porbandar, Gujarat to Silchar, Assam passes through Darbhanga.

Local Transport
For local transport, the commuters have the options of city bus and auto-rickshaw. Auto rickshaws are the popular mode of local commuting.

Here's the our members favorite photos of "Cities in Bihar". Upload your photo of Darbhanga!

Going to Darbhanga? Get answers from our friendly locals