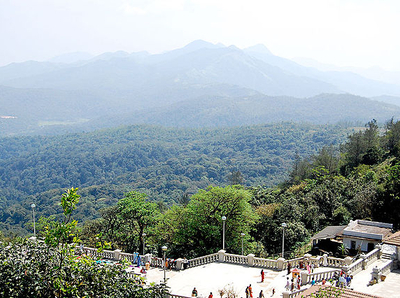 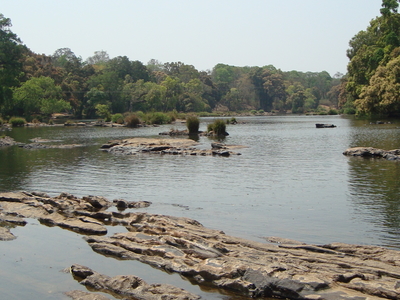 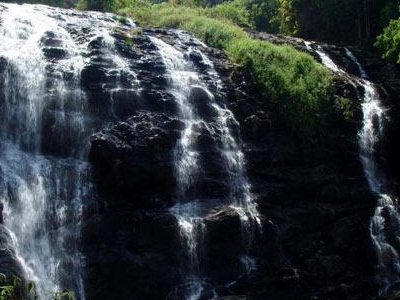 More Photos >
Save me
Been here
Want to go
Show on Map
Here to help 441 tour guides, 1,974 locals and 4 ambassadors

Coorg also known as Kodava Nadu, is an administrative district in Karnataka, India. It occupies an area of 4,102 square kilometres (1,584 sq mi) in the Western Ghats of southwestern Karnataka. In 2001 its population was 548,561, 13.74% of which resided in the district's urban centres, making it the least populous of the 30 districts in Karnataka. The district is bordered by Dakshina Kannada district to the northwest, Hassan district to the north, Mysore district to the east, Kannur district of Kerala to the southwest, and the Wayanad district of Kerala to the south. Agriculture is the most important factor that upholds the economy of Kodagu and the main crops cultivated in this region are rice and coffee. Coorg is rich in natural resources which included timber and spices. Madikeri (English: Mercara) is the headquarters of Kodagu.

Kodava Nadu is a tourist attraction, known for its coffee and its ethnic warrior people. The dominant group are its indigenous (Kodavas) and other ethnic groups (Arabasha and Kodava subgroups). Kodavas (freehold farmers, rulers and miltiamen), and offlate arabasha (farmers) from Sullia region also, who were freeholder farmers in sulia (a part of Kodagu in the 17th and 18th centuries) moved towards Kodagu after the massacare of kodavas (Through Treachery by Tippu and Hyder ali)in Somavaerpet, Bagamandala, Kushalnaga and parts of Piryapatna (Presentday mysore region founded and ruled by a kodava paryaraja,Parya meaning elder in kodava)for agricultural activities in kodagu due to wars with Tippu and Hyderali before there death in recent past. The chief languages presently spoken in Kodagu are Kodava, Are Bhashe,Kannada, Kasaragod Malayalam, Yerava, Kuruba, Konkani, Urdu, Tulu and English. Kodagu is home to the native speakers of the Kodava language.

Tourism:
Kodagu is rated as one of the top hill station destinations in India. Some of the most popular tourist attractions in Kodagu include Talakaveri, Bhagamandala, Nisargadhama, Abbey Falls, Dubare, Nagarahole National Park, Iruppu Falls, and the Tibetan Buddhist Golden Temple.

Talakaveri is the place where the River Kaveri originates. The temple on the riverbanks here is dedicated to lord Brahma, and is one of only two temples dedicated to Brahma in India and Southeast Asia. Bhagamandala is situated at the Sangam (confluence) of two rivers, the Kaveri and the Kanika. A third river, the Sujyothi, is said to join from underground, and hence this spot is called the Triveni Sangam. Iruppu Falls is a sacred Kodagu Hindu spot in South Kodagu in the Brahmagiri hill range. The Lakshmana Tirtha River, with the waterfalls, flows nearby and has a Rameshwara temple on its banks.

Omkareshwara Temple is a beautiful temple built in the Indo-Sarcenic style in Coorg. A legend is associated with the temple, built by Lingrajendra II in 1820 CE. The king put to death a pious Brahmin who dared to protest against his misdeeds. The spirit of the dead man began to plague the king day and night. On the advice of wise men, the king built this temple and installed a shivlinga procured from Kashi, North India.

St. Mark's Church is located within the Mercara Fort and was raised in 1859, by the officers and men of the East India Company. The building was funded by the Government of Madras, and placed under the Church of England in India, Diocese of Madras. The Church was closed after Indian independence, and taken over by the Government of Karnataka in 1971. The building now houses the Madikeri Fort Museum, managed by the Karnataka State Archaeological Department.

Dubare is mainly an elephant-capturing and training camp of the Forest Department at the edge of Dubare forest; on the bank of the river Kaveri along the Kushalanagara – Siddapura road. Nagarahole is a national park and wildlife resort. Nisargadhama is a man-made island and picnic spot near Kushalanagara, formed by the river Kaveri.

The Tibetan Buddhist Golden Temple is at Bylakuppe near Kushalnagar of Kodagu district, in the Tibetan refugee settlement.

Here's the our members favorite photos of "Towns & Villages in Karnataka". Upload your photo of Coorg!

Going to Coorg? Get answers from our friendly locals