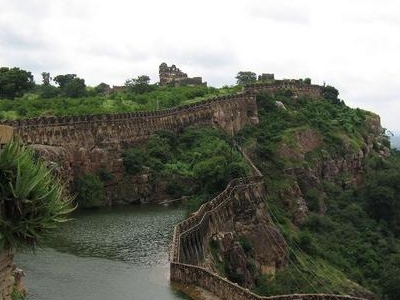 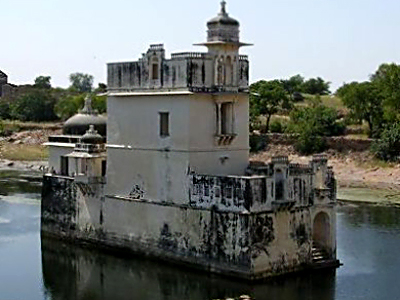 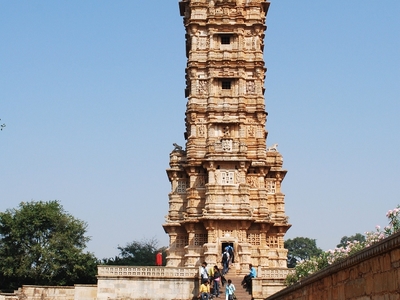 More Photos >
Save me
Been here
Want to go
Show on Map
Here to help 3 tour guides, 15 locals and 1 ambassador

Chitaurgarh (چِتوڑگڑھ‎ or चित्तौड़गढ़) is a city and a municipality in Rajasthan state of western India. It lies on the Berach River, a tributary of the Banas, and is the administrative headquarters of Chittorgharh District and a former capital of the Sisodia clans of Rajputs of Mewar. The city of Chittaurgarh is located on the banks of river Gambhiri and Berach. The district was bifurcated and a new district namely Pratap Garh was created with certain portion taken from Udaipur district in the newly created district of Pratap Garh.

Fiercely independent, the fort of Chittor was under siege thrice and each time they fought bravely and thrice Jauhar was committed by the ladies and children, first led by Rani Padmini, and later by Rani Karnavati. The famous warriers Gora and Badal, in the war against Allaudin Khalji (1303 AD), have become legendary. The sacrifice of Jaimal and Phata in the war against the Mughals (1568 AD) was so great that the Mughal Emperor Akbar installed their statues in the fort of Agra. It has also been land of worship for Meera. Chittorgarh is home to the Chittorgarh Fort, the largest fort in Asia.

History:
Chittorgarh is the epitome of Chattari Rajput (an Indian Warrior caste) pride, romance and spirit, for people of Chittor always chose death before surrendering against anyone. It reverberates with history of heroism and sacrifice that is evident from the tales still sung by the bards of Rajasthan. Though it can now be called a ruined citadel there is much more to this huge fort. It is a symbol of all that was brave, true and noble in the glorious Rajput tradition. Historically, it is considered that Chittor was built by the Maurya dynasty in the 7th century AD. It was then named Chitrakut after Chitrangada Mori, a Rajput chieftain as inscribed on ancient Mewari coins.

The fort is surrounded by a circular wall which has seven huge gates before one can enter inside the main fort area. Some accounts say that the Mori dynasty was in possession of the fort when Bappa Rawal the founder of the kingdom of Mewar seized Chittor garh (Chittor fort) and made it his capital in 734 AD. While some other accounts say Bappa Rawal received it as a part of the dowry after marriage with the last Solanki princess. After that date his descendants ruled Mewar, which stretched from Gujarat to Ajmer, until the 16th century. Chittor was one of the most contested seats of power in India with probably some of the most glorious battles being fought over its possession.

It is famous in the annals of the Mewar Dynasty as its first capital (prior to this, the Guhilots, forerunners of the Mewar Dynasty, ruled from Idar, Bhomat, and Nagda), and renowned in India's long struggle for freedom. By tradition, it remained the Mewar capital for 834 years. With only brief interruptions, the fort has always remained in possession of the Sisodias of the Guhilot (or Gehlot/Guhila) clan of Rajputs, who descended from Bappa Rawal.

The Most Visited Markets:
Transport:
The completed Golden Quadrilateral highway system will pass through Chittorgarh, connecting it to much of the rest of India. Also crossing the East West Corridor (Express Highway). The Chittorgarh is situated at National Highway No. 76 & 79, both the Highways are crossing at Chittorgarh. National Highway 76 connects to Kota within 2 hours. It is well connected by rail with Jaipur via Bhilwara and Ajmer, Kota via Bundi, Jodhpur via Ajmer, Indore Junction BG, Bhopal, Indore Mhow, Ujjain, Ratlam, Nagda Junction, Ajmer and Fatehabad by many Broad gauge trains. The city is also connected to Udaipur City via Mavli Jn. It is also connected to Kota via Bundi. Thus, Chittaur Garh is a major rail junction of south Rajasthan. Some weekly trains to Hyderabad and Kolakata are passing through this station. The town still lacks connectivity to Bikaner, Ahmedabad, Jabalpur and Nagpur, so in order to catch trains for further cities one has to reach Kota.

Here's the our members favorite photos of "Cities in Rajasthan". Upload your photo of Chittorgarh!

Going to Chittorgarh? Get answers from our friendly locals