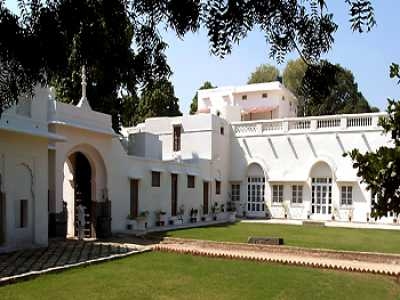 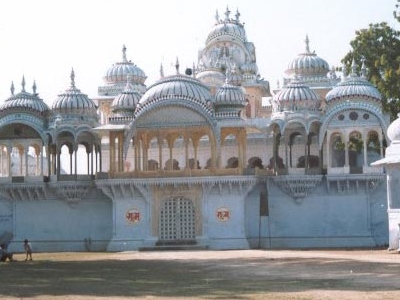 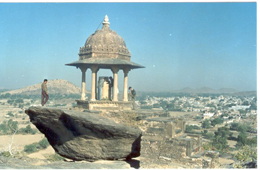 More Photos >
Save me
Been here
Want to go
Show on Map
Here to help 9 tour guides, 38 locals and 1 ambassador

Bhilwara is the city in Mewar region of Rajasthan, India.  It falls between the districts of Ajmer (in north) and Chittorgarh and Udaipur (in south). Major rivers flowing through the district are Banas, Bedach, Kothari, Khari, Mansi, Menali, Chandrabhaga and Nagdi. There is not any natural lake in the district but there are number of ponds and dams so the district is the most irrigated in the state of Rajasthan.

Economy:
The major industry is textiles, with more than 400 manufacturing units in the town. The main textile product is synthetic fabric used in trousers. It began with a spinning and knitting company named mewar textile mills, owned by Industrialist Shri Sampatmal Lodha, started in year 1938. There after Shri Laxmi niwas Jhunjhunwala started his first unit for synthetic textile in the year 1961 at Bhilwara. Then many other units came up. Now the city boasts of having production of around a billion meters p.a. of trouser fabric making Bhilwara as one of the major textile centres in India. The turnover of the textile industry is more than Rs. 10,000 crore p.a.

The city has 9 major spinning mills and 5 small spinning mills. The total spindlage installed at Bhilwara are approx. 4.50 lacs about 40% of the State capacity. It has 18 modern process houses to process polyester/viscose suiting with the capacity of a billion meters of fabric p.a. In the weaving sector it has approx. 13,500 looms out of which about 9000 are modern shuttleless looms. Exports of textiles from the district is of more than Rs. 2750 crore p.a. Bhilwara is also the only center in the country producing insulation bricks. There are about 33 units in city. In the mining sector there is large scale mining of sandstone and soap stone mining and other minerals like Feldspar, Quartz, China Clay etc.

Engineering:
Manikya Lal Verma Textile & Engineering College, Bhilwara is the only textile College of Rajasthan. Institute of Technology and Management is the another engineering college in Bhilwara

Here's the our members favorite photos of "Cities in Rajasthan". Upload your photo of Bhilwara!

Going to Bhilwara? Get answers from our friendly locals