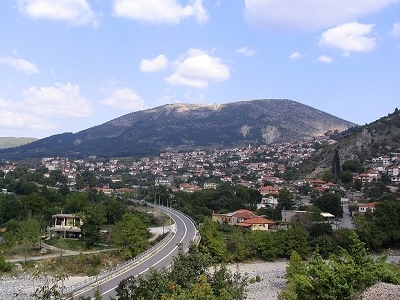 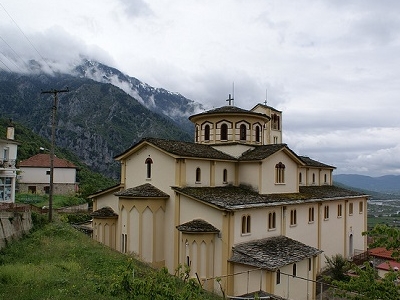 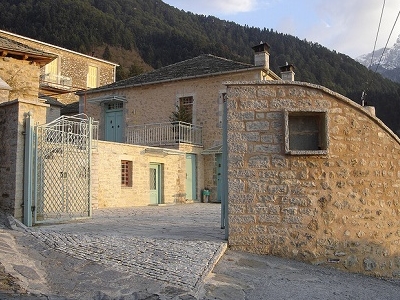 Konitsa is a town in Epirus, Greece, near the Albanian border. It lies amphi-theatre shaped on a mountain slope of the Pindos mountain range, overlooking the valley where the river Aoos meets the river Voidomatis. The valley is used for farming. Konitsa is a regional centre for many small Pindos villages, and there are shops, schools and a hospital. It is a good starting point for tourists who want to explore the Pindos mountains, or who want to go rafting in the river Aoos or parapenting.

A Greek school was operating already from the end of the 18th century under Georgios Mostras, student of Balanos Vasilopoulos. Greek education was flourishing and in 1906 the kaza of Konitsa had 31 schools and 1,036 pupils. The functioning of the school was interrupted during the turbulent times of Ali Pasha's rule, however soon after it reopened following the initiative of Kosmas Thesprotos, a student of Athanasios Psalidas. During the 19th century until the early 20th century, the tekke of Konitsa, similarly to other Albanian Bektashi tekkes, was a covert center of culture, learning and tolerance, but also Albanian national activism against the Ottoman Empire.

Here's the our members favorite photos of "Towns & Villages in Epirus". Upload your photo of Konitsa!

Going to Konitsa? Get answers from our friendly locals