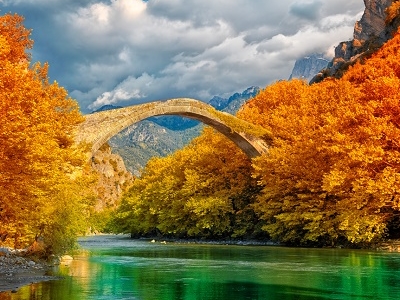 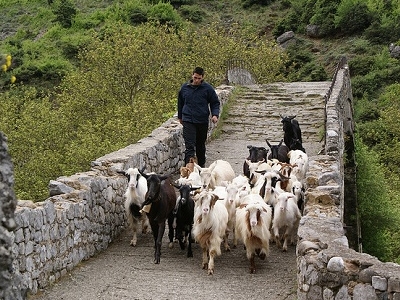 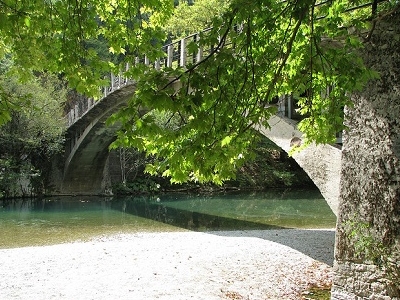 Konitsa Bridge is  unique in its construction & location. Built in the year 1871 by  Ziogas Frontzos from village Pyrsogianni, it was the second attemp to bridge Aoos River, as the previous one built by Turkish engineers collapsed. Konitsa Bridge stands at a spot in the Aoos Valley narrows between mountains. The material used in construction is local stone & mortar consisted with ceramic tiles, sand, pumice & lime.

Curved upwards like most Epirus bridges, the cobble-stoned road span is narrow just about 2 meters wide. In order to warn approaching travellers, Konitsa Bridge has a bell underneath which rings with wind movement coming from the Aoos Valley. Arcade stones supported by small balustrades are placed vertically on the sides of the bridge so as to make passage over bridge safer which is mainly used by locals & their cattle, but more often by tourists as of now.

Here's the our members favorite photos of "Bridges near Konitsa". Upload your photo of Konitsa Bridge!

Going to Konitsa Bridge? Get answers from our friendly locals

Connect with Virendra Bandekar and Sunil Sharma who are looking to visit Konitsa Bridge.