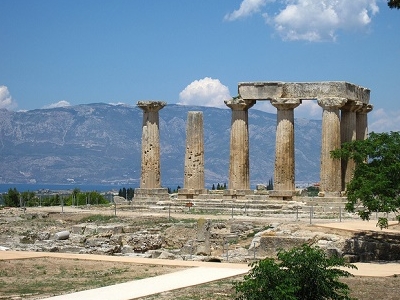 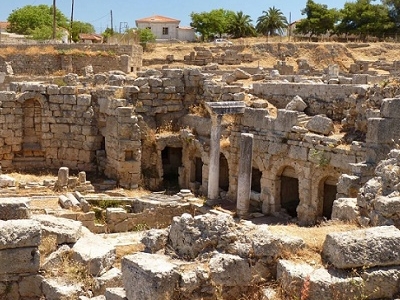 Corinth is a city and former municipality in Corinthia, Peloponnese, Greece. Since the 2011 local government reform it is part of the municipality Corinth, of which it is the seat and a municipal unit. It is the capital of Corinthia. Located about 78 kilometres (48 mi) southwest of Athens, Corinth is surrounded by the coastal townlets of (clockwise) Lechaio, Isthmia, Kechries, and the inland townlets of Examilia and the archaeological site and village of ancient Corinth.

Geophysically the city is likewise surrounded by the narrow coastal plain of Vocha, Corinthian Gulf, Corinth Canal, the Isthmus of Corinth, Saronic Gulf, Oneia Mountains, and the monolithic rock of Acrocorinth, where the medieval acropolis was built.

Here's the our members favorite photos of "Cities in Peloponnese". Upload your photo of Corinth!

Going to Corinth? Get answers from our friendly locals