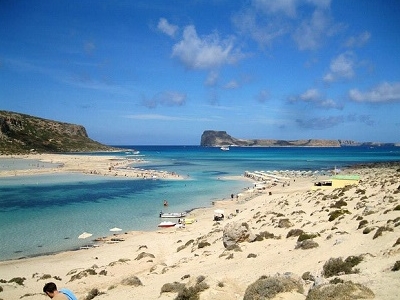 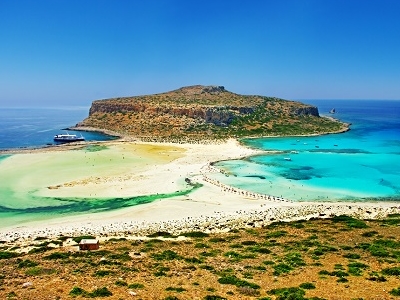 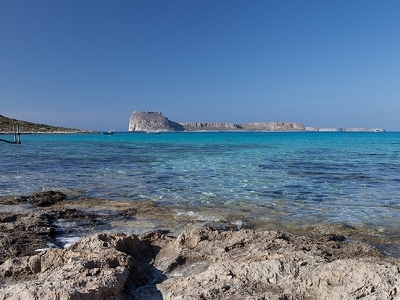 Fittingly, for an island that has accommodated pirates, there is a lagoon, named the Balos Lagoon, between Gramvousa Island and the coast of Crete. There is an islet which forms part of a cape, through the lagoon, called Cap Tigani (which means "frying pan" in Greek). North of Balos, at the Korykon cape, are the ruins of the small ancient Roman city of Agnion, with a temple to the god Apollo.

Located at a distance of about 56km northwest of Chania & 17km northwest of Kissamos, Balos Lagoon is a favorite subject of all Greek tourist guides. Featuring clear turquoise blue waters, this wild natural beauty alongside exotic scenery is visited by thousands of people arriving through ferries operating from Kissamos port.

Here's the our members favorite photos of "Beaches near Crete". Upload your photo of Balos Lagoon!

Going to Balos Lagoon? Get answers from our friendly locals

Get in touch with 1 Touristlink members who want to visit Balos Lagoon or with Dimos Dimopoulos who already have been here.

Love beaches? Check these out;

Top Voted Beaches Around the World