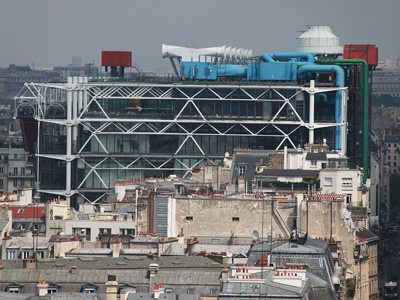 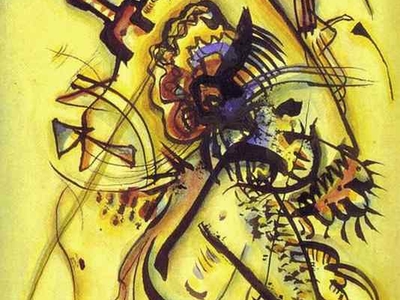 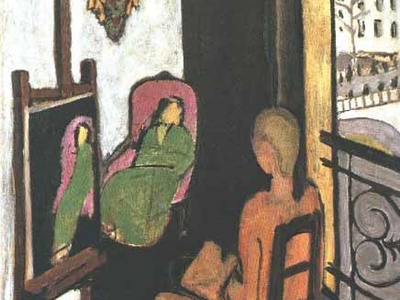 The Musée National d'Art Moderne (French pronunciation: ​[myze nasjɔnal daʁ mɔdɛʁn], National Museum of Modern Art) is the national museum for modern art of France. It is located in Paris and is housed in the Centre Pompidou in the 4th arrondissement of the city.

The museum of Modern Art succeeded in 1937 the Musée du Luxembourg, established in 1818 by king Louis XVIII and devoted to living artists due to join the Louvre 10 years after their death if consecrated by fame as the first museum of contemporary art created in Europe. Imagined as early as 1929 by Auguste Perret to replace the old Palais du Trocadero, the construction of a " museum of Modern Arts " was officially decided in 1934 in the western wing of the Palais de Tokyo completed in 1937 for the International Exhibition of Arts and Technology of 1937 when it was temporarily used for another purpose, the exhibition of national and foreign "art indépendant" being then preferably held in the Petit Palais and the Musée du Jeu de Paume.

Due to open in 1939 after final works, eventually interrupted by the war, then the nomination of his first Chief Conservator in September 1940, the museum partially opened in 1942 with only a third of the collection brought back from some national collections caches hidden in province, but its real inauguration only took place in 1947 after World War II and the addition of the foreign schools collection of the Musée du Luxembourg which had been held at the Musée du Jeu de Paume since 1922.

In 1947, then housed in the Palais de Tokyo, its collection was dramatically increased by his first director Jean Cassou thanks to his special relationship with many prominent artists or their families, like Picasso, Braque, etc. Then, with the creation of the Centre Pompidou, the museum moved to its current location in 1977.

Here's the our members favorite photos of "Museums near Centre Pompidou District 04". Upload your photo of Musée National d'Art Moderne!

Going to Musée National d'Art Moderne? Get answers from our friendly locals

Get in touch with 3 Touristlink members who want to visit Musée National d'Art Moderne or with Feriel Zohra, Yaser Cherrouf and 1 others who already have been here.