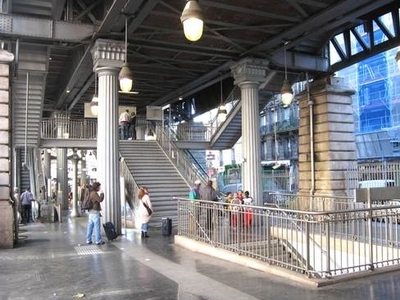 The station is the former location of the Barrière Poissonnière, a gate in the Wall of the Farmers-General built for the collection of excise taxes (the octroi). The gate was built between 1784 and 1788, and it was demolished in the nineteenth century. The elevated line-2 station was opened on 31 January 1903 as the Boulevard Barbès station, as part of the extension of line 2 from Anvers to Bagnolet (now called Alexandre Dumas). It was renamed to its current name eight days later.

Here's the our members favorite photos of "Metro Stations near Opéra - District 09". Upload your photo of Barbès - Rochechouart!

Going to Barbès - Rochechouart? Get answers from our friendly locals

Hamid is the only Touristlink member to visit Barbès - Rochechouart. Have you been here? Click here to save it.