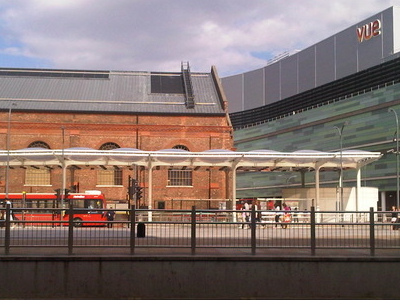 Wood Lane (A219, formerly A40) is a street in London. It runs north from Shepherd's Bush, under the Westway (A40) past Wormwood Scrubs where it meets Scrubs Lane. The road is wholly in the London Borough of Hammersmith and Fulham (W12 postal district). It is probably best known as the home of the iconic BBC Television Centre, also BBC White City and formerly BBC Woodlands the offices of BBC Worldwide. The northern stretch of this road (from the Westway to Scrubs Lane) runs parallel to the boundary of the London congestion charge zone.

Here's the our members favorite photos of "Famous Streets near Hammersmith and Fulham". Upload your photo of Wood Lane!

Going to Wood Lane? Get answers from our friendly locals

Famous Streets in Hammersmith and Fulham