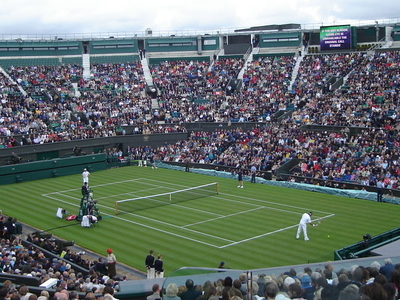 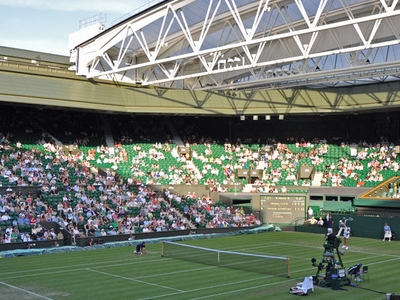 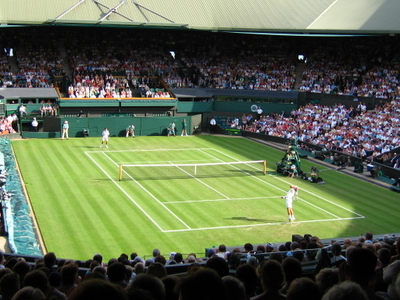 Centre Court is the main court at the Wimbledon Championship, the 3rd annual Grand Slam event of the tennis calendar. It is situated adjacent to Aorangi Terrace and is home to the All England Lawn Tennis and Croquet Club. Its only regular use is for the two weeks a year that the Championships take place, but it is arguably the most famous tennis venue in the World.

Centre Court has a premier box that the Royal Family uses, as well as other distinguished guests, and is also known by its postcode SW19. A retractable roof was installed in 2009, enabling play to continue during rain. Centre Court will also host the tennis competition at the 2012 Summer Olympics along with No. 1 Court and No. 2 Court.

The court suffered from bomb damage during World War II when five 500lb bombs hit the Centre Court during an air attack in October 1940. 1,200 seats in the stadium were destroyed and although play resumed on time after the war in 1946, the court wasn't fully repaired until 1949.

Here's the our members favorite photos of "Sporting Areas in London". Upload your photo of Wimbledon Centre Court!

Going to Wimbledon Centre Court? Get answers from our friendly locals

Connect with Deepak Aryal and David Yeoman who are looking to visit Wimbledon Centre Court.