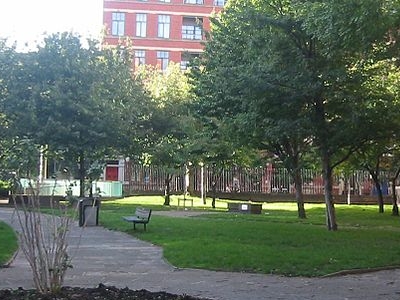 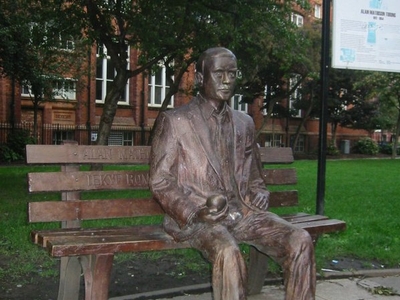 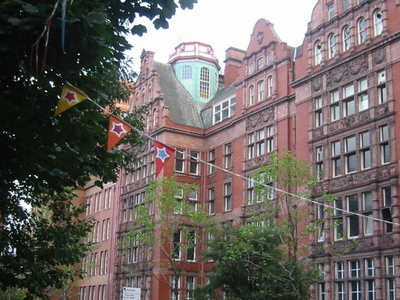 Whitworth Gardens in Manchester, England, is bounded by The Manchester College Shena Simon Campus on one side and Whitworth Street, Sackville Street and the Rochdale Canal and Canal Street on the others. The land was purchased by Manchester Corporation in 1900 and laid out with walks, lawns and flower beds. It was planned as a complement to the new building, the Municipal College of Technology.

The Park contains the Alan Turing memorial statue, which depicts the "father of modern computing" sitting on a bench at a central position in the park. The park was chosen because, "It's got the university science buildings ... on one side and its got all the gay bars on the other side, where apparently he spent most of his evenings". The statue was unveiled on 23 June, Turing's birthday, in 2001.

It was conceived by Richard Humphry, a barrister from Stockport, who set up the Alan Turing Memorial Fund in order to raise the necessary funds. Humphry had come up with the idea of a statue after seeing Hugh Whitemore's play Breaking the Code starring the actor Sir Derek Jacobi, and Jacobi became the patron of the fund. Glyn Hughes, an industrial sculptor from Adlington near Westhoughton, was commissioned to sculpt the statue.

The Fund eventually raised around £15,000, which was far short of the £50,000 needed to have the statue cast in Britain. No major computer company donated to the fund, which was, according to the sculptor, because Turing was not American. The statue was cast in China.

Here's the our members favorite photos of "City Parks in Manchester". Upload your photo of Whitworth Park!

Going to Whitworth Park? Get answers from our friendly locals