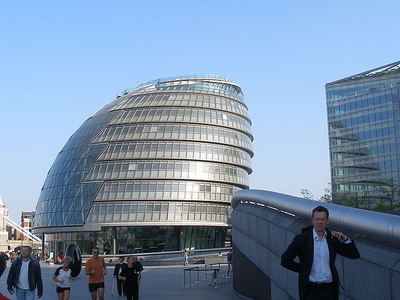 The Queen's Walk is a promenade located on the South Bank of The River Thames in London, England, between Lambeth Bridge and Tower Bridge. The path is signed as "The Queen's Walk", but is casually referred to as the South Bank Walk. The creation of pedestrian access along the south bank of the Thames was seen as an integral part of the creation of the Jubilee Walkway to mark the Silver Jubilee of Queen Elizabeth II in 1977.

However, the last section was not established until the completion of construction of London Bridge City c.1990 In 1996, the Walk was recognised as a foundation for establishing the Thames Path national trail through London. This is a convenient route of several miles for tourists to walk from the London Eye Ferris wheel past numerous attractions to Tower Bridge and the Tower of London.

Here's the our members favorite photos of "Famous Streets near London Borough of Lambeth". Upload your photo of The Queen's Walk!

Going to The Queen's Walk? Get answers from our friendly locals