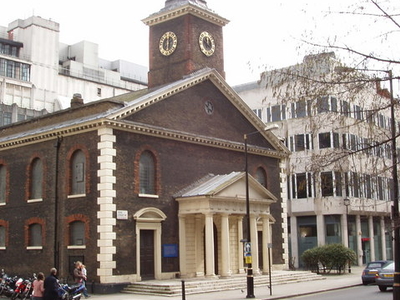 St Peter, Vere Street, known until 1832 as the Oxford Chapel after its founder Edward Harley, 2nd Earl of Oxford and Earl Mortimer, is a former Anglican church off Oxford Street, London. It has sometimes been referred to as the Marybone Chapel or Marylebone Chapel. The chapel was designed by James Gibbs in 1722. It was originally intended as a Chapel of Ease to supplement the parish church for the growing parish of Marylebone.

Here's the our members favorite photos of "Churches near City of Westminster". Upload your photo of St Peter!

Going to St Peter? Get answers from our friendly locals