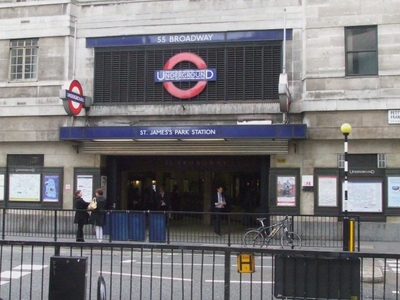 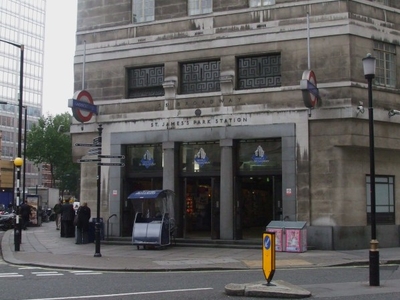 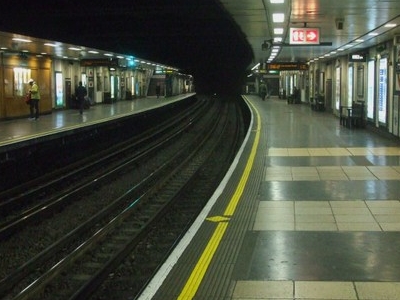 St James's Park is a London Underground station near St James's Park in the City of Westminster. It is served by the District and Circle lines and is between Victoria and Westminster stations. It is in Travelcard Zone 1. The station building is incorporated into 55 Broadway, the headquarters of London Underground Ltd and has entrances from Broadway, Petty France and Palmer Street. The station is close to New Scotland Yard and several government offices. The station is not wheelchair accessible.

The station was opened on 24 December 1868 by the District Railway (DR, now the District line) when the company opened the first section of its line between South Kensington and Westminster stations. The DR connected to the Metropolitan Railway (MR, later the Metropolitan line) at South Kensington and, although the two companies were rivals, each company operated its trains over the other's tracks in a joint service known as the "Inner Circle".

Here's the our members favorite photos of "Metro Stations near City of Westminster". Upload your photo of St. James's Park Tube Station!

Going to St. James's Park Tube Station? Get answers from our friendly locals