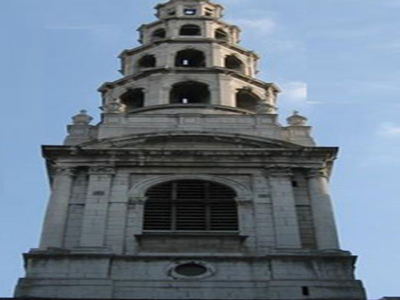 St Bride's Church is a church in the City of London, England. The building's most recent incarnation was designed by Sir Christopher Wren in 1672 in Fleet Street in the City of London, though Wren's original building was largely gutted by fire during the London Blitz in 1940. Due to its location in Fleet Street, it has a long association with journalists and newspapers. The church is a distinctive sight on London's skyline and is clearly visible from a number of locations. Standing 226 feet (69m) high, it is the second tallest of all Wren's churches, with only St Paul's itself having a higher pinnacle.

Here's the our members favorite photos of "Churches near City of London". Upload your photo of St Bride's Church!

Going to St Bride's Church? Get answers from our friendly locals