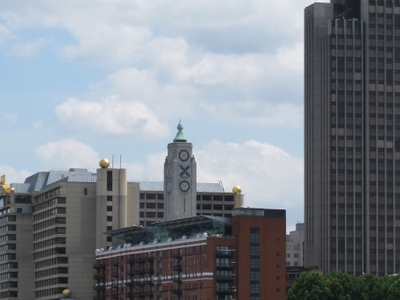 South Bank Tower (formerly King's Reach Tower until 2013) is a high-rise building in Stamford Street, Southwark, London. It was originally a thirty storey structure 111 metres (364 ft) high and was completed in 1972, designed by the architect Richard Seifert and built by John Laing Construction Limited. As of 2013[update], the tower is undergoing extensive redevelopment. The tower is similar in design to Tower 42, which was designed by the same architect.

Here's the our members favorite photos of "Skyscrapers near London Borough of Southwark". Upload your photo of South Bank Tower!

Going to South Bank Tower? Get answers from our friendly locals

Skyscrapers in London Borough of Southwark