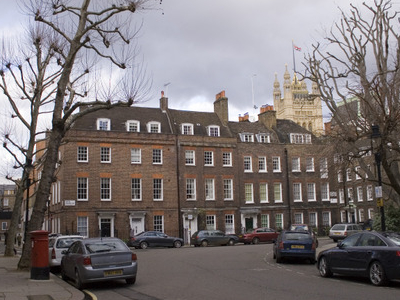 Smith Square is a square in the Westminster district of London, just south of the Palace of Westminster. The centre of the square is occupied by St John's, Smith Square, a Baroque church now used as a concert hall. Most of the square is now taken up by offices and the location means that they are mostly occupied by organisations associated with government, or that need to be near it for lobbying purposes. In the mid 20th century the square hosted the headquarters of both the main parties of British politics, and it is now home to the Department for Environment, Food and Rural Affairs, the Local Government Association and the London base of the European Parliament and European Commission.

Here's the our members favorite photos of "Plazas and Squares near City of Westminster". Upload your photo of Smith Square!

Going to Smith Square? Get answers from our friendly locals