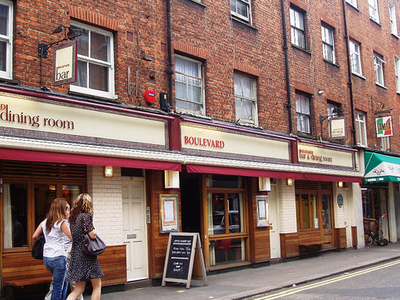 Old Compton Street runs east-west through Soho. The street was named after Henry Compton. who raised funds for a local parish church, eventually dedicated as St Anne's Church in 1686. Today, the street is the centre of London's gay community. In the middle of Soho, it features several gay bars, restaurants and cafés, as well as a popular theatre. The street also is home to some of Soho's most popular sex shops Clonezone, Soho Original Books and Janus. The Prince Edward Theatre is located on the east end of the street.

Here's the our members favorite photos of "Famous Streets in London". Upload your photo of Old Compton Street!

Going to Old Compton Street? Get answers from our friendly locals