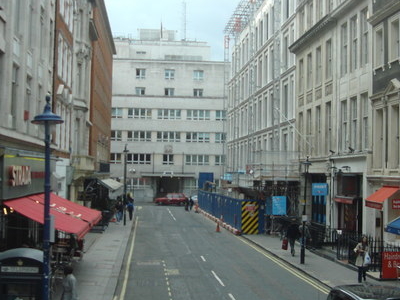 10 New Burlington Street:
Number 10 is a new building, built by the Crown Estate and Examplar, and designed by the architects AHMM. There will be 40,000 square feet (3,700 sq m) of retail space on three floors, plus 95,000 square feet (8,800 sq m) of office space above. The retail space has been let in its entirety to the American clothing retailer J.Crew, and it will be their first retail store in Europe. It was completed in June 2014, totals 195,000 sq ft of offices and retail, and was 80% let as of June 2014. It is the UK's first speculatively-built new building to be lit exclusively by LEDs.

Here's the our members favorite photos of "Famous Streets near City of Westminster". Upload your photo of New Burlington Street!

Going to New Burlington Street? Get answers from our friendly locals