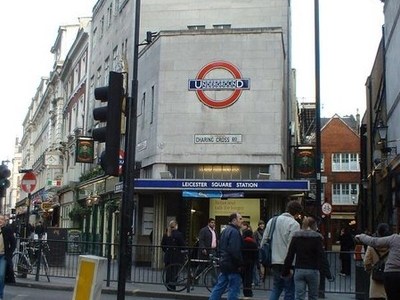 Leicester Square is a station on the London Underground, located on Charing Cross Road, a short distance to the east of Leicester Square itself. The station is on the Northern line between Charing Cross and Tottenham Court Road, and the Piccadilly line between Piccadilly Circus and Covent Garden. It is in Travelcard Zone 1. On early Tube plans, the station was listed as Cranbourn Street, but the present name was used when the station was first opened by the Great Northern, Piccadilly and Brompton Railway on 15 December 1906.

Here's the our members favorite photos of "Metro Stations near City of Westminster". Upload your photo of Leicester Square Tube Station!

Going to Leicester Square Tube Station? Get answers from our friendly locals