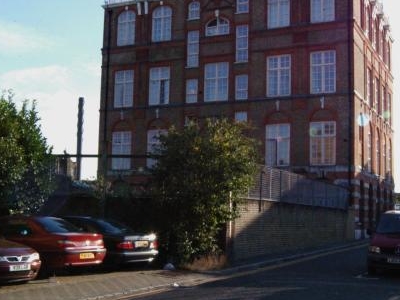 Durward Street, formerly Buck's Row, is a street in Whitechapel, London. In the early morning of 31 August 1888, the body of Mary Ann Nichols ("Polly") was found on the pavement on the south side of Buck's Row. She is generally thought to have been the first victim of Jack the Ripper. As the case attracted much unwanted attention to the street, its name was changed that same year to Durward Street.

The photograph shown here, taken in 2006, shows two features of Buck's Row that were present at the time of the murder. The tall building at the rear (west) is the Board School, which can be seen in photographs of the street in 1888. Extending east from it, along the south side of the street, is a low brick wall, also present in 1888. It was near the nearer corner of this wall that Polly Nichols's body was found.

Here's the our members favorite photos of "Famous Streets near London Borough of Tower Hamlets". Upload your photo of Durward Street!

Going to Durward Street? Get answers from our friendly locals