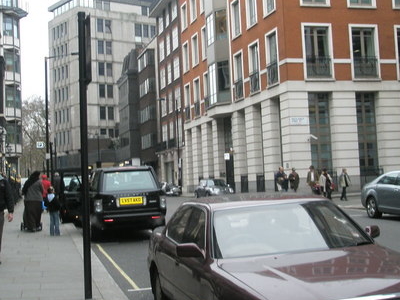 Curzon Street is located within the exclusive Mayfair district of London. The street is located entirely within the W1J postcode district and is 400 yards to the north west of Green Park Tube Station. It is within the City of Westminster, running from Park Lane (past Shepherd Market) to Berkeley Square. The street is thought to be named after George Howe, 3rd Viscount Howe; however it is not until after his death that the title of Earl Howe was taken by someone with the last name Curzon. Before this time, it was called Mayfair Row.

Here's the our members favorite photos of "Famous Streets near City of Westminster". Upload your photo of Curzon Street!

Going to Curzon Street? Get answers from our friendly locals