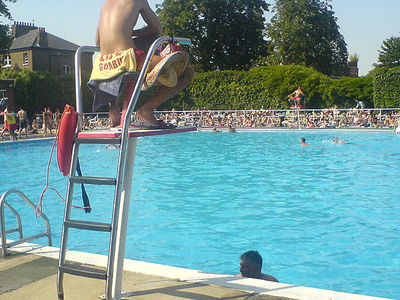 In 2012 the 'Brockwell Icicles' winter swimming group reformed and campaigned for all year round swimming... the current operator Fusion agreed and the Lido is now open 7 days a week all year for those who enjoy cold water swimmers. (Membership is not required a new cold water swimmers can turn up and pay on the day).

Here's the our members favorite photos of "Pools near London Borough of Lambeth". Upload your photo of Brockwell Lido!

Going to Brockwell Lido? Get answers from our friendly locals

Love pools? Check these out;

Top Voted Pools Around the World