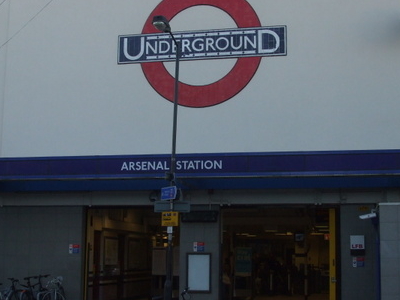 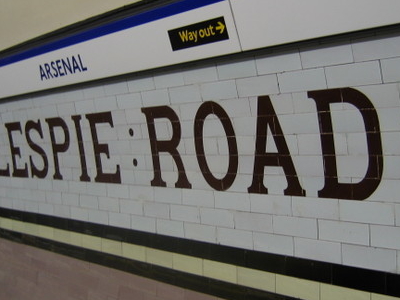 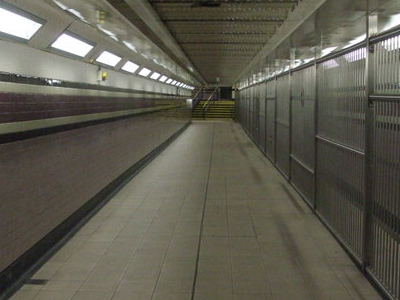 Arsenal tube station is a London Underground station located in Highbury, London. It is on the Piccadilly Line, in Travelcard Zone 2, between Holloway Road and Finsbury Park. Originally known as Gillespie Road, it was renamed in 1932 after Arsenal Football Club, who at the time played at the nearby Arsenal Stadium. It is the only Tube station named directly after a football club. Although Arsenal's Highbury Stadium closed in 2006, the station retains its name and is still used by spectators attending matches at Arsenal's new Emirates Stadium, but it is otherwise quieter than other stations on the same stretch of line.

Arsenal tube station was opened by the Great Northern, Piccadilly and Brompton Railway as Gillespie Road on 15 December 1906. The GNP&BR later renamed the Piccadilly line after the consolidation & nationalisation of the Tube network as London Underground. The original station building and ticket hall were red terracotta-clad buildings designed by Leslie Green, similar to neighbouring Holloway Road and Caledonian Road stations.

The suffix was dropped from the station's name some time around 1960, giving the current name of Arsenal. The original tiled walls of the platforms still bear the Gillespie Road name, spelt out in large letters. In 2007, the station underwent a major upgrade; as part of this the wall tiling was completely restored, the floor resurfaced and an electronic Tannoy system introduced.

Here's the our members favorite photos of "Metro Stations near London Borough of Islington". Upload your photo of Arsenal Station!

Going to Arsenal Station? Get answers from our friendly locals

Connect with Randy Haglund and Ramin Randeniya who have already visited Arsenal Station.