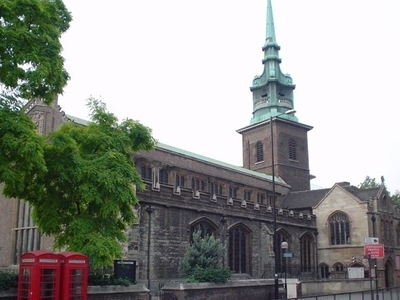 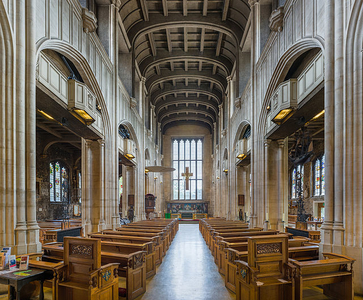 All Hallows-by-the-Tower, also previously dedicated to St. Mary the Virgin and sometimes known as All Hallows Barking, is an ancient Anglican church on Byward Street in the City of London, overlooking the Tower of London. Founded in 675, it is one of the oldest churches in London, and contains inside a 7th-century Saxon arch with recycled Roman tiles, the oldest surviving piece of church Fabric in the city. (St. Pancras Parish Church in King's Cross has been a place of Christian worship since the sixth century.)

Here's the our members favorite photos of "Churches near City of London". Upload your photo of All Hallows-by-the-Tower!

Going to All Hallows-by-the-Tower? Get answers from our friendly locals