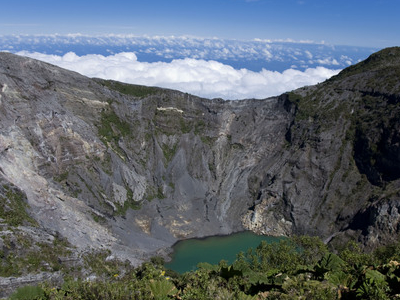 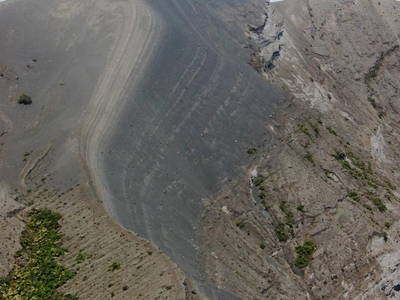 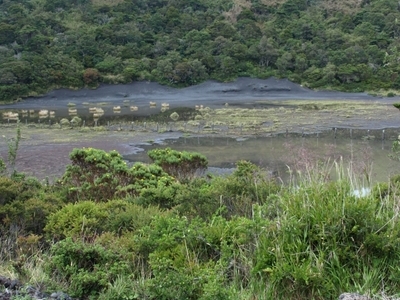 The Irazú Volcano (Spanish: Volcán Irazú) is an active volcano in Costa Rica, situated in the Cordillera Central close to the city of Cartago. The name could come from either the combination of "ara" (point) and "tzu" (thunder) or a corruption of Iztarú, which was the name of an indigenous village on the flanks of the volcano. In Costa Rica it is known by the name of "El Coloso" (The Colossus) due to the catastrophes that it has provoked in the past.

The volcano's summit has several craters, one of which contains Diego de la Haya, a green crater lake of variable depth. It is the highest active volcano in Costa Rica. It is easily visited from San José, with a road leading right up to the summit craters and a weekly bus service to the top. It is thus a popular tourist spot. The volcano summit also spots a few television transmitters for television stations in San José. From the top it is possible to see both the Atlantic and Pacific Oceans on a clear day. However, such clear days are very rare indeed, and it is typical for the volcano's summit to be covered in cloud for much of the time.

Geology :
The Irazú volcano is a complex volcanic shield. It is the highest active volcano in Costa Rica, and has an area of 500 km2 (190 sq mi). It has an irregular subconic shape, and its temperature oscillates between 3 and 17 °C (37 and 63 °F). It is a stratovolcano with a summit elevation of 3,432 metres (11,260 ft). Its five craters are easily differentiated. The most important ones, because of their activity, are The Main Crater, which is almost circular has very inclined walls and it measures 1,050 metres (3,440 ft) in diameter and 300 metres (980 ft) depth; The Diego de la Haya crater is 600 metres (2,000 ft) in diameter and 100 metres (330 ft) deep. Other craters are Playa Hermosa, La Laguna, and El Piroclastico.

Irazú is the southernmost of the ten Quaternary volcanoes which form a northwest-trending line through central and northern Costa Rica. Radioactive dating has shown an age of at least 854,000 years with eruption peaks at 570,000 years and the most recent active phase from 136,000 years to present. The most recent activity includes lava flows along with strombolian and phreatomagmatic explosions. Lava types include basalt and andesite erupted during different events suggesting the volcano is fed by two distinct magma chambers.

Here's the our members favorite photos of "Volcanoes near Cordillera Central". Upload your photo of Irazú Volcano!

Going to Irazú Volcano? Get answers from our friendly locals

Connect with Joe Downes, Jonathan M and 7 other members who have already visited Irazú Volcano.