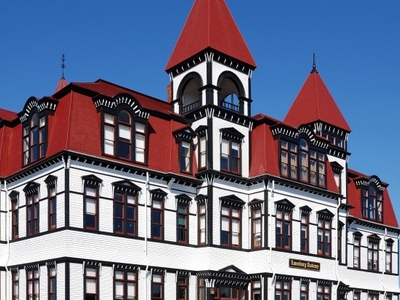 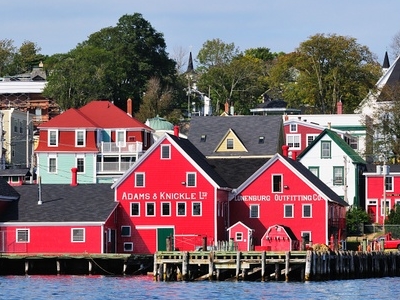 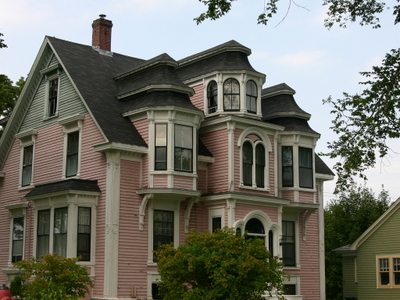 Lunenburg is a Canadian port town in Lunenburg County, Nova Scotia. Situated on the province's South Shore, Lunenburg is located on a peninsula at the western side of Mahone Bay. The town is approximately 90 kilometres southwest of the county boundary with the Halifax Regional Municipality.

The town was established during Father Le Loutre's War, four years after Halifax. The town was one of the first British attempts to settle Protestants in Nova Scotia and, as a result, the (Catholic) Wabanaki Confederacy raided the community nine times in the early years of the settlement.

The historic town was designated a United Nations Educational, Scientific and Cultural Organization (UNESCO) World Heritage Site in 1995. This designation ensures protection for much of Lunenburg's unique architecture and civic design, being the best example of planned British colonial settlement in North America.

Culture
The 2010 Japanese movie Hanamizuki was partly set and filmed in Lunenburg and the science fiction television show Haven is partly filmed there though it is set in the United States. The fairhaven town is featured prominently in a 2010 series of Cisco Systems network product ads featuring Ellen Page. The 2012 film The Disappeared was shot in Lunenburg during September 2011.

History
Foreign Protestants
For over a hundred years, Lunenburg was an Acadian/ Mi’kmaq village named Mirligueche. It was established under the command of Isaac de Razilly in the first half of the seventeenth century. In 1745 there were reported to be only eight settlers in the village. Four year later, Cornwallis reported that there were a number of families that lived in comfortable wooden houses.

Despite the British Conquest of Acadia in 1710, Nova Scotia remained primarily occupied by Catholic Acadians and Mi'kmaq. Father Le Loutre's War began when Edward Cornwallis arrived to establish Halifax with 13 transports on June 21, 1749. By unilaterally establishing Halifax the British were violating earlier treaties with the Mi'kmaq (1726), which were signed after Father Rale's War.

The original inhabitants of Lunenburg (mostly Germans from the southern Rhineland, Swiss and French Protestants from Montbéliard) came during the same wave of immigration that produced the Pennsylvania Dutch. They were "Foreign Protestants" encouraged by the British to settle in the area. Lunenburg was settled by Foreign Protestants who came from the present day Tripoint of France, Germany and Switzerland.

Here's the our members favorite photos of "Towns & Villages near Bridgewater". Upload your photo of Lunenburg!

Going to Lunenburg? Get answers from our friendly locals